TSA Creeps Unleash Their Own Terror on Airline Passengers 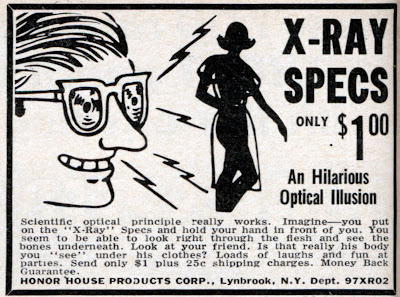 Los Angeles, CA—Benjamin Franklin said it best, “They that can give up essential liberty to purchase a little temporary safety, deserve neither liberty nor safety.”

Have Americans become such cowards that they want the unemployable creeps hired by the TSA to grope and manipulate their genitals before they board airplanes?

Do Americans want to force themselves into untested radiation exposure of powerful X-Ray imaging devices? Millions of Americans must fly every working day on our commercial airlines. Nobody can say with medical certainty what the long term damage will be.

I have redundantly complained about this out-of-control agency being actually worse that the terrorists. The TSA has never stopped a single terror event despite outrageous assaults on our privacy, dignity and wallets. I’m serious when I say I’d rather take my chances with terrorists and eliminate the TSA altogether.

They still have never really established an effective program to arm pilots. We still don’t have the Federal flight Deck Officers on international flights.

The bizarre padlocked holster required for the few pilots they’ve armed must have been designed by a mentally disturbed individual with an unnatural fear of pilots.

Despite a report by the Inspector General acknowledging that the holsters are both dangerous and unnecessary the TSA Administration has still refused to scrap them.


The TSA still insists on disarming the thousands of vetted, trained cops, military and licensed private investigators that carry guns every day before they enter airplanes.

Will letting the TSA reptiles grope the genitals of American men, women and children somehow make anyone safer?

When they talk about the failure of stopping that Christmas Panty Bomber that was stopped not by the TSA, but passengers they overlook the unforgivable facts of that case.

The Panty Bomber failure was more about who we let fly on our planes than the inspection of our genitals.

The real fact is explosives are made of putty like materials, solids or liquid. They can be concealed in body cavities, or harmless looking items. The explosive vapor detection equipment the TSA uses is easily defeated. This material can also easily defeat the latest TSA, backscatter X-Ray equipment.

Can actual cavity searches be far behind? Call Congress and the Whitehouse today and tell them to get the TSA hand’s off our private parts. Just say no to the TSA. Always call local police if the TSA goons touch any of you private parts. They are not immune to being charged with state and local crime nor civil suits so call your lawyers too.
Posted by Paul Huebl Crimefile News at 11/10/2010 08:31:00 AM

I bought a pair of those "x-ray specs" when I was a kid. Total ripoff. All it did was sort of make double vision and the overlapping portion looked like bones if you held your hands up in front of you.