Tax Tyranny and Corruption is Behind America’s Economic crisis 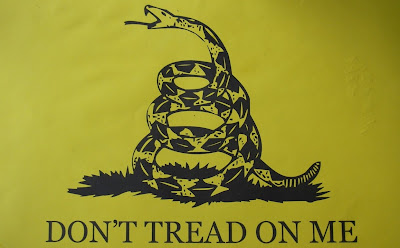 Washington, DC—No, don’t confuse me with the so-called Tea Party movement. That group has done far too little and much too late. The real Tea Party forcibly boarded the King’s ships and destroyed property to get their point across.

Waving flags and standing around watching tyranny is a meaningless exercise that did not even get a single acknowledgment from the Whitehouse. Perhaps if the Tea Party folks sent in a few high explosive mortar rounds to the Rose Garden, Barack Obama might have noticed people were intolerant of his Socialist agenda.

Perhaps calling today’s Tea Party people Astroturf was a good description because it was a movement of pretenders instead of true patriots.

Our politicians have decreed that American taxpayers must provide free education and medical care to all of Central America as we feed our own existing entitlement monster. This is a bottomless pit that swallows cash from every working family’s food budget.

We have no choice but to reverse the tsunami of ignorant, impoverished criminals that have invaded and occupy our country. We must force a change in culture in the American ghettos or cut off the free money we are currently forced to pay them.

Confiscatory taxation is slavery and violates the 13th Amendment to the Constitution. American’s need not tolerate this but they are too intimidated resist the tyranny.

Americans have been programmed somehow to accept tax credits instead of tax breaks. We’ve somehow been fooled to send our money to Washington so they can send a fraction of back to us later. The Tax Credit concept would have our founding fathers back into the streets with their guns if they were alive today.

Government has provided golden retirement parachutes for themselves as Social Security is insolvent. There is no break for the nation’s number one employer, small businesses.

The only way out of this sinkhole to continued Socialism is resistance to the unlawful government policy and the enemies of America behind this agenda.

We cannot rely on the election process alone to rid the country of Communists and Socialists. Citizens must administer punitive action against these tyrants and their families at every opportunity. The only way they will stop is when they are too frightened to continue. Our founding fathers wanted politicians to fear the wrath of the people but that has been totally reversed by our police state.

Our economy can only improved by reducing government by as much as 80% in size, ending the entitlement society we’ve become and by a serious policy to shut our borders to trespassers. We must deport the trespassers inviting them to take their American born children with them in lieu of sending the kids to foster care or institutions.

Americans can either resist the tyranny or live as terminal victims and slaves. We must do whatever it takes to get that Communist Barack Obama and his cabal out of our Whitehouse. We elected a new Congress. How soon will these folks be bought off through corruption and become clones of the criminals they replaced?

Corrupt government’s like our own will do anything including murder, imprison and torture in order to survive. Nowhere in the world has any government voluntarily reduced its own size. The only way that ever happens is by war.

Whatever we are doing or have done in America for the last five decades is not enough to see the return of freedom, liberty and our former way of life. We’ve lost what millions of American valiantly fought and died trying to protect. What shame…
Posted by Paul Huebl Crimefile News at 11/08/2010 05:45:00 AM

and that means practically everyone.

the manufacturers, distributors, and retail merchants don't care where the monies used to purchase their goods and services come from, nor do their employees who work for and earn their incomes.

it's an economic circle jerk, with the most egregious economic damage to our economy being done by allowing other nation's businesses to reap the profits, via the obviously treasonous lack of effective and patriotic tariffs which would protect our nation's economic interests, generated by this not so subtle implementation of communistic principles.

were there actual American Patriots in our governments, Buy American would not just be a slogan, but a lawful mandate.

we are living through a time when the ambitions of those whose dream is to establish one world government, via one world economic control, is practically an accomplished reality.

tax slavery is merely one aspect of economic enslavement, albeit a significant one.

what's most damaging is that none of this could ever have been accomplished without the cooperation of the mass of consumers, ie., all of us still breathing, as we, the people, are the ones continuously purchasing whatever is the least costly, regardless of where the monies we spend end up.

we, as Americans, care more about 'getting a bargain', 'making a buck', 'cutting a good deal', etc., than we do about being Americans.

we have met the enemy, of freedom, and he is us.