Will Major Media Carry Water For Obama As His Cronies Restrict Free Speech? 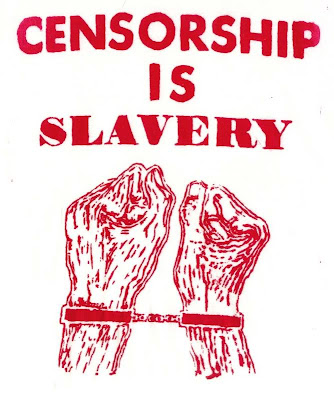 Washington, DC—The Obama administration hates free speech and have put their weight behind the misnamed “Net Neutrality” that would silence criticism and end free speech as we know it.

The question is, what position will the major media players take? Since the major media always spoke in a uniform Left Wing voice when they had a monopoly on news distribution, I expect they want to see an end to any view but their own. Will they carry Obama’s water? You bet they will!

I see the imposition of censorship of my speech, writing or publishing a blatant act of war on Liberty and Freedom. I hope there are Americans still willing to spill yet more blood in order to preserve free speech and all the rights Barack Obama wants to curtail.
Posted by Paul Huebl Crimefile News at 10/22/2009 11:33:00 AM

"Will Major Media Carry Water For Obama As His Cronies Restrict Free Speech?"