Why Obamacare Must Be Killed By Americans 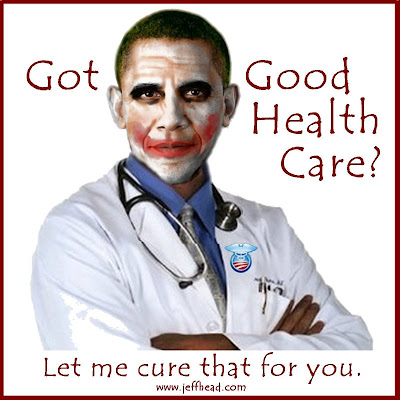 Washington, DC—We may have a flawed heath care system but it’s still the best in the world just the way it is. Socialized medicine has failed everywhere it has been tried. If government could get a handle on waste and fraud with what we already have, costs could be reduced. Government has a dreadful record for any kind of efficiency.

The so-call health care reform, Insurance reform, socialized medicine, or whatever you want to call it is disaster in the making. Secret authors doing their deeds behind closed doors for a Congress that will never read or try to understand thousands of pages of dealmaking through clout is not a responsible solution.

The desperate administration plan is to get something, anything passed to help Barack Obama save face and avoid failure.

A better directed effort to deal with what we already have is the only thing that makes sense. Just say NO to Obamacare in any form. We must redouble our calls to Washington since they are not listening.
Posted by Paul Huebl Crimefile News at 10/26/2009 10:16:00 AM