Extortion And Racketeering By The Arizona Department of Public Safety 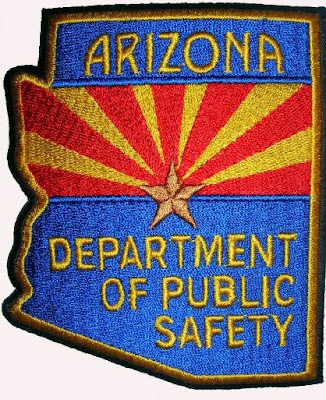 Arizona—Politicians here in desperate measures to fund their spending have allowed a private company, Redflex, to install cameras on the highways in an effort to extort money from drivers. The cameras capture driving violations and the information is used in the courts as evidence.

You can call this effort good intentioned all you want but it’s a simple criminal conspiracy and the conspirators include officials inside the Arizona department of public safety.

They have invited Redflex to gather evidence on behalf of state government for use in court proceedings that they claim show speeding and bad behavior of citizens. Any person or company doing that must first be licensed as a private investigation agency by none other than the Arizona Department of Public Safety.

The major scandal here is that all private investigators are regulated and licensed by the very same law enforcement agency that has been facilitating and utilizing Redflex’s unlicensed and unlawful activity.

As a private investigator I must meet qualifications, requirements and pay fees to the state before I can engage in business. Redflex instead operates with a wink and a handshake from corrupt public officials and the money keeps rolling in.

Because they are breaking the licensing laws the entire scheme reduces the Redflex/DPS action to criminal racketeering and extortion.

I don’t think our founding fathers would ever approve of the creative efforts to strong-arm the men and women of Arizona by criminals acting under color of law.
Posted by Paul Huebl Crimefile News at 10/14/2009 08:38:00 AM

Did a little piece on you. I really like your site:

This is comparable to radar gun manufacturers being allowed to have their employees run traffic radar and issue tickets, with the resulting fines being split between the state and the company. If it was strictly on the up and up, state officials would purchase the equipment and operate it themselves with trained officers at the controls. Anything less is unethical. Better yet, screw the automated devices. Hire more police and have them catch speeders the old fashioned way, which will also net more criminal arrests as a byproduct pf increased traffic stops.

Those camera programs never work. We had them here in North Carolina... briefly. In 3 months they were gone.

We had those camera programs here in North Carolina for about a minute. They were gone in 3 months.

Probably has something to do with that Lame-Ass, John McCain. Please vote him out of office, he is a great man and war hero, but is no Republican, a lib. DemocRAT, who got us stuck with BozObama because of his bullshit and knuckle-headed V/P choice of a great woman, but nowhere near ready for the Meat-Grinder of national Politics, like sending a lamb into the Lions Den, that poor girl. McLame is a senile old, washed up imbicile.

similar thing happened in Texas, and a lawyer there called them on it....if I remember correctly they had to refund all of the fines collected.