Conservative Themed Film Making All But Dead, For Now 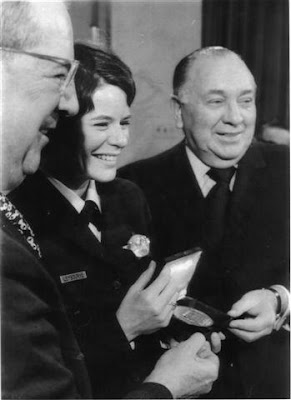 Los Angeles, CA—There is no question that the capital of America’s subversive, Leftist, Marxist philosophy is Hollywood. The who’s who of stars, writers and directors love to outdo each other showing their allegiance to all things Left.

Of course these clowns make their money not from a Socialist system but a free market where they can earn tens of millions for each film. They live lavish lifestyles as they castigate the American way of life and buy their Communist friend’s various political offices.

Hollywood’s Leftist elite use their fame as a Marxist pulpit as they whine about the blacklisting days of the 1950s. The fact is Hollywood was always loaded with Communists that professed hatred for the American system of government. That still is true today.

Blacklisting was and is real today. Conservative themed films are very rare but are usually huge moneymakers if they are allowed to see the light of day. The films, Dirty Harry and Death Wish attacked the Social Justice crowd’s ideals as the film’s criminals were stopped dead in their tracks through justifiable homicide. Both of these films saw life in numerous sequels.

The film, Red Dawn made money at the box office but also made a pariah of its director and writer, John Milius. That film depicted heroic high school kids defeating a Communist invasion on American soil.

I have experienced firsthand rejection of my film, Come Friday that is based on a true story of a Chicago policewoman, because those in Hollywood can’t deal with the subject matter. The film’s villain is an African-American that viciously kidnapped, raped and robbed scores of White women on Chicago’s Gold Coast. After the justice system failed and the serial rapist was let go he took up his old ways only to be shot dead by a lovely, off-duty recruit policewoman he kidnapped at gun point.

Incredibly, I had offers to make, Come Friday if I’d change the race of the rapist or his victims. They told me it was just too racially charged! In this case the purveyors of Social Justice and Marxist ideals in the film industry just could not deal with the truth.

Things are slowly changing because the financing arrangements have become far more creative. The cost of equipment for making films is only a fraction of it once was and many more filmmakers know this craft.

There is no reason a large film studio can be built far from Hollywood where control is centered with the investors and actual artists rather than Leftist talent agents, gone wild like in Hollywood.

Paul, for the life of me I can't remember Annies last name. Can you help? BTW, sorry to hear about the rejection of the film. It would have been a good one.

Rejections are common for scripts but it's a question of finding the right producer or investors. Sometimes this can take decades.

Go to the link in the story to learn more about Sgt. Ann Leybourne Biebel.

I did Paul. Annie Erwin. That was her name when I met her. Wonderful lady and the heroine in a story that needs to be told. Please don't stop your efforts to get it told. I wish I could help.

How bout making the movie on your own...... True INDY STYLE.... There is a film right now out called "Paranormal" and it is breaking box office records and cost nothing to make.... I am sure you can get some very talented Officers that do have acting skills, and film it yourself...... I think it would be great showing you are bucking the system, getting this great story out, and also showing that CAPITOLISM does work... Just a thought

Where do I replicate the Chicago police academy, 1972 uniforms, vehicles, buildings, criminal courts building, jail in Chicago without serious cash?
Then there is the talent.

A film's story, and the actors involved make a movie excel, not how much money can be spent on the scenery.

Even with all the money in the world a film can fail.
And a low budget film can be a success like Boys n the Hood.

I guess the point is - with any script that should be made, is to not stop and to not take no for an answer.

Many mainstream films such as Platoon and Dances With Wolves took years to make also with the studios not initially liking the material.

And then some people who have written scripts have had them made through working as security at a major film studio such as Antoine Fisher.