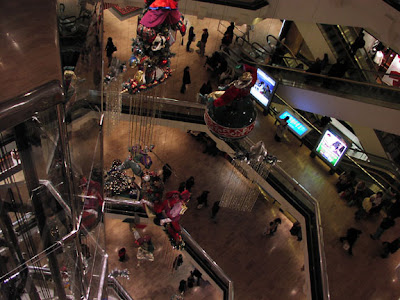 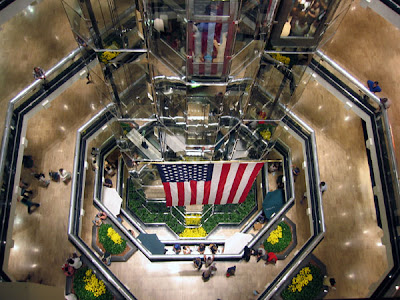 As we near the busy holiday shopping season terrorists are planning shooting attacks on mall shoppers. An arrest of a radical Muslim just happened today and now investigators are swinging into action to find others involved.

Terrorists are smart enough to target busy malls in cities with repressive gun laws. Even in right to carry states they have declared many malls as Gun Free Zones. These are the kind of targets that will always tempt cowards.

Adding to the problem are the marginally selected and trained mall security guards. They are incapable of doing anything more than dialing 911. These guards are nothing more that potential victims or hostages. They are zero protection for the mall workers and shoppers.

As retailers have taken a huge hit because of our tanking economy. Accordingly the funding for even minimal trained and armed security is non-existent and our enemies know that.

It is time to dismantle the Gun Free Zones and at least give some Americans the ability to protect themselves. Off duty and retired cops should be invited to the malls with their side arms. Weapon permit holders would reduce potential carnage as any resistance at all would encourage the terrorists to flee.

The alternative is Amazon.com and UPS. I boycott malls anywhere I can’t Carry with all the gun permits I possess.

As few as four well-armed terrorists can and will kill Americans like ducks in a barrel if they feel like it.

Chicago’s Water Tower Place along with The Grove and The Beverly Center in Los Angeles are perfect targets for massive attacks. The gun laws in these places could not be better written for terrorists to facilitate the slaughter of innocent American women and children.
Posted by Paul Huebl Crimefile News at 10/21/2009 10:30:00 AM

Paul, you're right again. The politicians and mall managers have their heads in the sand.

When three or five hundred shoppers are murdered they will say it was unavoidable.

Paul, ODPO'S or retired cops invited into the malls? Hell, here in Chicago they will be denied entry just like everyone else. Remember, this is the place where the alderscum place the value of a policeman with that of a garbageman. But having said that, for now, I carry my Sig 228 with me whenever my wife feels the urge to go to the mall. 18 rounds of 9mm and an extra mag is the only way yo go to one of these target rich enviorments!

How would anyone know if you carry in a mall? Who would stop you?

Unfortunately too many permitted cops and citizens feel the need to obey unreasonable laws even those that place them in unnecessary danger. Perhaps these are the people needed most to repel a terrorist attack.

"When three or five hundred shoppers are murdered they will say it was unavoidable."

And then they'll use it as justification to restrict legal gun ownership even more.

I refuse to be a VICTIM.
I CARRY EVERYWHERE.

Paul, Water Tower Place is indeed a perfect "barrel" for shooting human "fish". Take control of the elevators and work your way up from floor to floor. Where could the victims go? But even more worrisome are sports stadiums. I don't even want to describe what could happen there.

Agreed,carry everywhere.If you know what you are doing as far as concealed carry,who is going to know??