Judge Fidler Backed Off His Compromise Verdict Scheme for the Deadlocked Spector Jury. 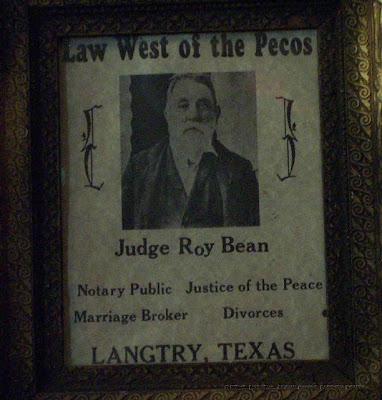 Judge Fidler saw the error of his way and reversed his dubious plan of instructing the jury to consider a new and lesser charge of Manslaughter. Had Judge Fidler reopened the trial to new evidence and new arguments it would have sent a message to the jury that the judge wants the jury to convict Spector on that new allegation. That would have been indefensible judicial mischief designed to convict a defendant at any cost.

Now it’s time to reread the not so easily understood instruction about Reasonable Doubt. Pinpoint instruction was ordered deleted as the judge will insruct the jury that other instructions cover this better. (That's really code for the prosecution that wanted this out and it will screw Phil Spector.)

The jury will be right back where they ended yesterday evenly divided and in their respective trenches. Let’s get this mistrial over and move on!
Posted by Paul Huebl Crimefile News at 9/19/2007 11:16:00 AM

I am glad the jury are concerned enough to ask to clarify the difference between reasonable doubt and doubt. I am not sure if I know myself.

The jury seemed to take to heart defense attorney Linda Kenney Baden's honest advice from her closing argument for the Jury to decide - and the Jury thoroughly looked at the facts - with some bating for the Prosecution and of course some not.
I am also glad the foreman was an engineer - perhaps someone who would just look at the facts and not build anything in.

The Prosecution's case against Spector presented no clarity or certainty against Spector of what happened on 3rd Feb 2003. The defense's case also did provide some good evidence to cause reasonable doubt.

I wonder if the Prosecution will try this case again?

I dunno if you want to take the time or not, but the thread "NG Camps Verdict Watch #3" maybe 4 by the time you read this...

Did anyone pick up on the little ditty between the judge and AJ AFTER the judge said he was not going to include the lesser?

The discussion was on argument based on # 3 and what can or cannot be said.,.


The judge said the Jackson.."you have to be careful what you say because if you say brandishing I will have to include lessers..


Ugh..wasn't AJ the one NOW wanting that in?

Ok, so all Alan Jackson has to do is include the word "brandishing" to force the judge to include the Lessor Includes charges.

Along with lowering the Guilty threshold... guaranteeing a Guilty

They deleted everything I said when I became as rabid as the whole Guilty group over there was. Court TV wants a guilty verdict too.
They booted me, jkeywest, uNeverStopMe and countless others who were strong Not Guilty voices.

that would be page 19 of the thread I mentioned.

In Regards To New Jury Instructions

If you have been banned, ejected, or otherwise silenced at court tv... speak here...