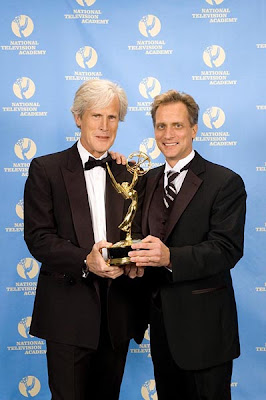 It was beyond strange that both the defense and prosecution allowed Adam Gorfain a senior producer from NBC's Dateline to sit on the Phil Spector trial jury. That was in spite of his disclosure that he’s researched the Clarkson death investigation and Phil Spector.

Just this month Dateline has been drawing serious heat and another lawsuit for their sensational and ethically challenged series, "To Catch A Predator”.

Would Dateline hold off doing a story until the jury returned their verdict? With NBC’s dire need to boost their ratings decline, not a chance! Dateline problems were exemplified by their dumping of anchor Stone Phillips this week because they could no longer afford to pay his salary.

The Spector jury is far more at risk than any jury in memory for being contaminated by outside influences. Rather than sequester the jury Judge Fidler invited them to be bombarded with an avalanche of tabloid gossip by letting the jury loose in the unprecedented information age.

Judge Fidler apparently went out of his way to inform the jury of the Dateline hit piece targeting the Defendant. From the Court TV website Spector Trial Blog written by Harriet Ryan was the description of today’s judicial admonishment:

“The jurors are ready to call it a day. They look tired as they take their seats in the jury box. The judge wants to talk to them before they leave. "Dateline NBC" — the show, not the juror — is presenting an hour-long program tonight on the Spector case, and Fidler wants to make sure that channel-surfing jurors don’t ride that particular wave this evening.
“I have no idea what is in the show. I am not really interested, but the bottom line is, I am ordering you not to watch that show,” the judge says.
The judge gets a sly smile on his face and turns to Juror No. 2, the "Dateline producer." He says that while he is not expressing any feelings about the broadcast, “you are on lifetime jury duty.”
Everyone then laughs and then the juror replies tartly, “I thought I already was.”
Ouch, the judge says. More laughter, and the jurors are sent home.”

Here the good judge gave Dateline free advertising, and as they say in the TV business delivered a tease, a world class one at that. The lame warning did little more than tempt the jury to watch the Dateline special that included all of the material that Judge Fidler ruled inadmissible.

My prediction? Yet another well reasoned defense motion for a mistrial in the morning.
Posted by Paul Huebl Crimefile News at 9/12/2007 11:30:00 PM

There is nothing fair about Judge Fidler!