Did Crimefilenews Cross The Line On Phil Spector’s Worst Nightmare? 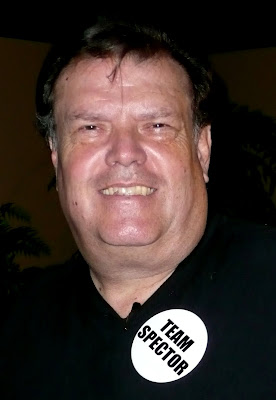 First let me say that Crime, Guns and Videotape is a volg or blog. The rules are that there are no rules except honesty, decency and fairness. Opinions and commentary are really the wonder of the new age of communications.

The Internet is a great place where all men with computers are really equal. You can reach an audience further that you can shout. In the past you had to own a newspaper, radio or TV station to really be heard.

For those who don’t know I’ve spent nearly 40 years on the prosecution and defense sides of the criminal justice system. I’ve seen a lot of investigations, along with criminal and related civil trials. I know just how investigations are conducted and have observed hundreds of post mortem examinations. I have also done a lot of criminal defense work on behalf of innocent or overcharged suspects. Defense investigators can’t do much for the guilty but can be very effective for the innocent if properly utilized by defense lawyers.

I’ve examined all that I could on the Lana Clarkson death investigation, along with the arrest and prosecution of Phil Spector. After a careful study I could see the devastating damage done to Phil Spector’s life on a bad guess or perhaps a deliberate effort to hijack lady justice.

When I see injustice, I want to scream because it could be me or someone I love that becomes a victim. If we see injustice and ignore it we need to simply leave the human race. I can’t imagine passing my fellow man that’s been injured as he lay in the street. Phil Spector may be rich but he needs the help of others just like anyone in a crisis.

I’m not on Phil Spector’s payroll. I’m the guy in the crowd who sees an effort to destroy a man’s life and I refuse to simply stand and observe. I am on the side of an innocent man who has asked nothing more than for a fair investigation and trial. I am now on TEAM SPECTOR.
Posted by Paul Huebl Crimefile News at 9/10/2007 05:48:00 PM

Team Spector? More like "Team Killer" and don't think us, your most loyal blog visitors are not watching to see if you and Mrs Spector are an item afer Phil baby goes to sleep in prison in Bubba's bunk. I mean we know you're indenpendently wealthy, and that your not a fruit after phil's booty, so it has to be Spectors wife your after. Hows that for detective work?

Paul, I've known about your great work from Arizona newspapers and I also am friends with a Phoenix police sergeant that had his career saved as a result of your exposing the truth.

If you are strongly behind Phil Spector, so am I.

Paul, I think you are a great investigator and writes a fine blog. Good to read about your adventures and your thinking. Keep it up, Peter

Paul, you've made the internet a better place with your blog. Please keep up the good work. You keep us well informed!

Thanks for the kind words folks but I've yet to make a dime from my work here. If you really feel that way please don't be shy. Put a nice fat check in the mail pay to the order of me. :-)

In the meantime every journalist on the court's email list has received a curious despatch from a man named Paul Huebl, who describes himself as a licensed private detective and "investigative vlogcaster" alleging that he has evidence that some jurors have been on their computers reading blogs and news reports about the case, in strict contravention of the order of the court.

advertisement
In the event of a conviction, Huebl claims, Spector's defence would have grounds for claiming a mistrial.

But, he adds, "somehow I think the jury can be counted on to do the right thing and acquit Phil Spector."