O.J. Simpson Under Investigation For Armed Robbery In Las Vegas. 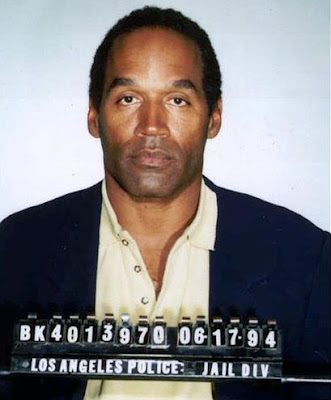 Las Vegas—You’d think O.J. Simpson would know how to say, “I want a lawyer” after his last and not so minor entanglement with the law. Today a lawyer less Simpson was blabbing to robbery detectives investigating him for an armed robbery.

Nearly every trip someone makes to a prison cell begins with an interview in a police interrogation room. Although police have not yet arrested Simpson the factt that he’s still free is meaningless. If police establish that a crime has in fact been committed and that Simpson is a suspect some Las Vegas bail bondsman and a lawyer can expect a new well paying client.

To charge someone with robbery police must be able to establish the ownership of property allegedly taken. If the property is Simpson’s there is no robbery. The only matter left for police are kidnapping, burglary, assault or weapons violations that may have been committed. Somehow I suspect we will hear Simpson’s own words read back to him in the not to distant future in a desert courtroom. The late Ernesto Miranda’s landmark Supreme Court legal precedent can’t help those who won’t help themselves.
Posted by Paul Huebl Crimefile News at 9/14/2007 04:01:00 PM