The Sultan Of Sleaze Has Left the Building 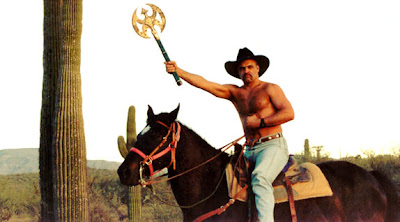 Phoenix-47 year-old David Hans Schmidt was found dead in his townhouse of an apparent suicide. Schmidt was a reporter, turned publicist, turned wheeler-dealer, turned admitted extortionist who began his current career in earnest when he represented disgraced Olympic skater Tonya Harding helping her sell her own raunchy honeymoon video.

Schmidt liked to stay close to TV reporters and such always looking for a fast buck for information. Soon the reporters I know distanced themselves from Schmidt and his nefarious merchandise.

Too often Schmidt’s schemes had an extortionate odor to them as he made or tried to make deals with various celebrities such as O.J. Simpson, Paris Hilton, and Hugh Grant. Schmidt would try to “sell” the star's salacious and embarrassing items such as photos and videos he’d somehow gain control over.

Schmidt got a lot more than he anticipated when he tried to sell Mr.& Mrs. Tom Cruise copies of their own private wedding photographs. He was tethered to an electronic monitoring ankle bracelet while out on on a hefty bail. That along with an impending stretch in federal prison proved too much for Schmidt to handle.

Schmidt was no stranger to jail cells after his last marriage brought serious spousal abuse and contempt of court allegations.

One thing for sure, the Sultan was definitely one of the more unforgettable characters I have met. Perhaps there is a lesson here for others that wish to compete for Schmidt’s Sultan's title.

I hope in the end, he got right with his Maker. Cuz eternity is a very long time.