The official Crimefile Review Of The Brave One 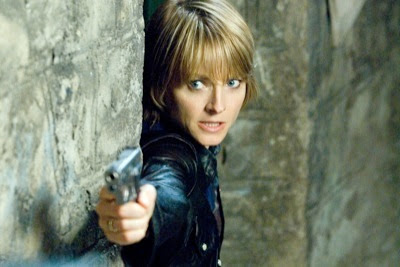 That memorable film starring the late, great Charles Bronson, Death Wish set the standard for vigilante heroes. The first movie led to a three-film franchise. As memory serves me the character, Paul Kersey went out looking for trouble but only engaged is justifiable homicide. Kersey’s only crimes were to break New York’s unconstitutional gun laws. Kersey always left the scene of his shootings which is never a crime. American’s have a right not to talk to the police under those circumstances.

The Brave One involves local New York radio host, Erica Bain (Jodi Foster) as a not so young bride to be who has found the love of her life. Bain’s dreams are destroyed in a vicious random act of violence. Soon NYPD detective Mercer (Terrance Howard) enters the picture as he's assigned to investigate and finds himself investigating a recent rash of homicides that appear to be connected.

The story is exciting and solid as is the wonderful acting of the entire cast. There are some script areas areas that indicate they should have had or taken technical advice from a seasoned cop. The general public won’t see the gaffs and what they don’t know won’t hurt them. 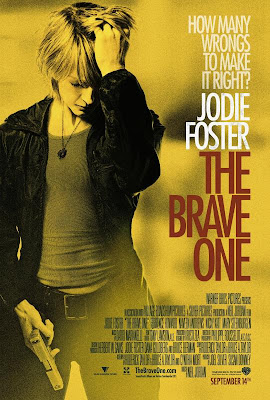 Jodi Foster has never let us down yet in any films she’s been in. That’s why she gets the big bucks and gold statues along the way. When watching a film if you can be transported into the story because the actor is so believable you’ve got a winner. I predict yet another red carpet acceptance speech for this consummate pro. Terrance Howard really rocks in his role too. Casting for this film could not have been any better.

Thanks Paul, Ruby an i wll be sure to go see it.
John Farmer

I liked the choice of a Kahr Arms K9 in stainless steel.Nice weapon,too bad not CPD approved.Oh,and the movie was good too.