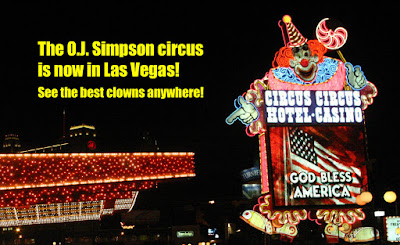 Okay, I told you so! That O.J. Simpson’s would hear his own words said to police and press out of presence of a lawyer read back to him in a desert courtroom. Las Vegas Metropolitan police have arrested Simpson for armed robbery. The Simpson arrest followed the arrest of the babbling, co-conspirator, Walter Alexander. 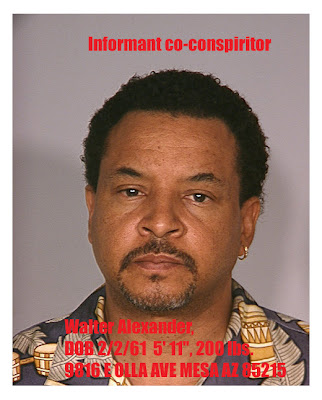 Unlike his last scrape, Simpson will be out on bail in short order. Bail will be very steep and any money or property posted may well be seized to satisfy Simpson's civil judgment. This case is far from a slam-dunk and may take more than a year or even two to play out. I would not be surprised to see the entire Simpson posse including involved off-duty cops behind bars very soon.
Posted by Paul Huebl Crimefile News at 9/16/2007 11:50:00 AM

Simpsons got a posse? What moron cop would want to be part of that guys life

Hopefully, justice will be served this time and O.J. (J.O.) rots in
prison