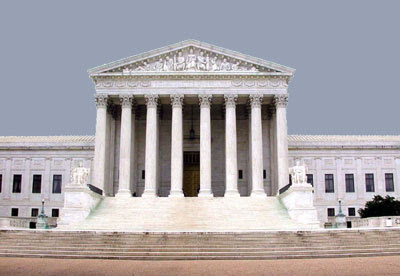 As most educated Americans know this is the Day the Supreme Court convenes after their long summer recess. This time of year various news organizations publish information about some of the cases before our Supreme Court that may somehow impact our lives.

The case that gun-rights advocates and haters alike are watching intently is Parker vs. District of Columbia. That case goes to the core of the Second Amendment. Either Americans have the absolute right to keep and bear arms or not. The weak and astonishing argument made by those who want guns banned is that the Second Amendment conveys that right to states rather than the people. Clearly the states are the government and inherently have the power to have arms without the Second Amendment.

Our Militia is not a government regulated organization but individual Americans with arms that can band together and deal with rebellions, insurrections, war and keeping the peace. The militia is also there to safeguard American freedoms should our elected officials and the bureaucrats they appoint engage in treasonous activities contrary to our Constitution.

USA vs. Miller is the standalone case that has somehow allowed gun bans in America. The trouble with the Miller case is that it was not argued by anyone representing Miller. The case wrongly allowed government to only tax, and not ban certain firearms.

Leftist big-city politicians suffer serious crime problems, not because of gun-rights but their own failed social agendas. These same misguided Liberals introduced various sweeping bans across the country that victimized law-abiding folks by outlawing simple self-defense. The result of the bans were to make law-abiding Americans soft targets for our violent criminals.

One thing for sure The Washington DC gun ban may fall and this will impact similar such bans everywhere.

For up to date posting of the pleadings filed in Parker VS Washington DC visit this link.
Posted by Paul Huebl Crimefile News at 9/30/2007 06:40:00 PM

What did our founding fathers mean when they wrote the words" well regulated militia"? Since the framers knew that the militia may well be at odds with our government, this could not mean government regulated.

It makes more sense that the militia must be self-regulated by regional group leaders as needs arise. .

Militias mobilize for emergencies when neighbors gather with neighbors to deal with various emergencies that the government can't or won't lawfully handle.

Here are the standard synonyms for regulated:
In time, synchronized, keeping pace and in harmony.

One thing for sure, without arms there can be no militia.

The most popular misconception by Americans is that the militia is our National Guard. Since the National Guard is in fact controlled by both the federal and state government it is not and can not be the militia.