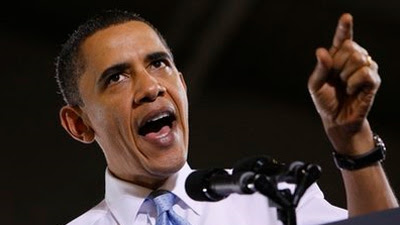 Washington, DC—The Brady Violence Center is usually never quiet about guns being placed in the hands of known criminals. The same could be said for the Congressional Black Caucus along with a small Army of Leftist politicians that have demanded gun bans for decades.

Of course, when the gun rights hater they anointed to sit in the Whitehouse got caught using tax funds extorted from hardworking Americans to arm violent criminals they are speechless.

Yes, the Obama Whitehouse deliberately set out to create a gun violence crisis to bring world-wide disdain and condemnation of American’s right to keep and bear arms.

Operations: Gunwalker and Fast and Furious were set in motion to do nothing less than to engineer massive carnage by criminals using guns from American gun dealers. The problem is the Obama Administration got caught in the act.

Obama has made no secret that he wants to amend our Constitution by signing a United Nations civilian gun ban treaty. Somehow I don’t recall a legal way for America’s politicians to attack the Bill of Rights and negate any of them by signing a treaty. Despots throughout civilized history have never cared about liberty or freedom.

With two recent U.S. Supreme Court rulings (Heller and McDonald) reaffirming the second Amendment, Obama sees the UN treaty as a way to make an end run around our freedom and liberty.

Eric Holder involved at least three if not more federal law enforcement agencies in the scheme by knowingly and intentionaly allowing the illegal sales of thousands of firearms to dangerous criminals who were trafficking them to Mexican drug cartels and Central American criminals.

So far two the guns the Obama Administration knowingly delivered to criminals were used to murder two federal agents.

This has gone far beyond a simple mistake and has made the Obama Administration an accessory to murder. There is no legitimate excuse for this nor is there any plausible explanation that would convince any reasonable jury that Gunwalker along with Fast and Furious was somehow merely a clumsy attempt to prevent crime.

The Gun rights haters will scream if some person was convicted of pushing their domestic partner decades earlier, wants to own a gun today.

The silence by the gun ban advocates on the Whitehouse gunrunning allegations reveals how they are far beyond being disingenuous.

Where,oh where, is Patrick Fitzgerald and the Feds?

This is not going away! Everyone in Chicago is watching this and waiting for JUSTICE!

Soon there will be marches in the streets.


We need a special grand jury.

And either Cook County State’s Attorney Anita Alvarez or U.S. Attorney Patrick Fitzgerald needs to call for it.

The 2004 homicide of 21-year-old David Koschman cries out for it.

Koschman died after a single punch was thrown by Richard “R. J.” Vanecko, nephew of then-Mayor Richard M. Daley, during a drunken altercation on Division Street seven years ago.

If you’ve read any of the more than four dozen Chicago Sun-Times stories, editorials and columns on this subject, you know the many reasons why.

This was, by any standard, a “heater case” given who was involved.

And yet, shockingly, we learned from Sun-Times reporters Tim Novak and Chris Fusco just this week that the Chicago Police Department, which has now investigated this case not once but twice and closed it with no charges on the grounds of self-defense, did so without examining the whole case file. Part of that file, CPD admitted this week, was “missing.” CPD says it just found it within the last month.

Amazingly, that isn’t the only file to go “missing.”

Not one scrap of paper, not one log entry, not one computer file can be found at the Cook County state’s attorney’s office to reflect that its head of Felony Review consulted with police back in 2004 on whether charges should have been filed against Vanecko.

How exactly do case files and computer logs disappear in a heater case? Not just in one agency of law enforcement but two?

Remember what the cops did in the very beginning. Hardly anything. Though they initially questioned witnesses on the scene that night, their investigation screeched to a halt after less than 24 hours.

David Koschman was dead within 12 days. But not until the 15th day, after the medical examiner called it homicide, did CPD resume investigating.

Daley family friends, who were with Vanecko that night, initially lied to the cops about being with him. But on the 18th day, one finally gave police his name. Yet even then, CPD did not pick Vanecko up for questioning.

No, in an abundance of solicitude, they gave Vanecko’s attorney a full week to deliver him.

R.J. Vanecko, whom Koschman’s friends couldn’t identify in a lineup, has never spoken to police.

Yes, Chicago Inspector General Joseph Ferguson is now investigating the investigation itself. But legally he can look at only the conduct of the cops and can question only current, not former, city employees. He has no grand jury.

Alvarez, who was chief of staff to then-state’s attorney Dick Devine when that office looked at the Kosch­man case in 2004, automatically has a conflict of interest, though she disputes that.

Because the conduct of her office also is open to question, she should recuse herself and ask the chief judge of the Circuit Court to appoint a special prosecutor to probe how this investigation was handled.

Mayor Rahm Emanuel, who is now the ultimate boss of CPD, should add his own voice to such a request. Surely, he cannot be happy with a cop shop that misplaces its own homicide files.

But the best, most powerful option would be for U.S. Attorney Patrick Fitzgerald to get involved and to seek accountability from those whose sworn oath was to deliver justice.

The death of David Koschman deserves, no, demands, an independent grand jury.

Danger this weekend in Maywood Il. at Proviso East HS. There will be a black Freaknik attended by as many as 10,000 "teens". You may remember the one at Schiller woods some years ago. Gang rapes and robberies. July 30-31. Stay away from 1st Ave., Madison St., Lake St., Chicago Ave. in that suburb. 80 Sheriffs Police assigned just to the school.