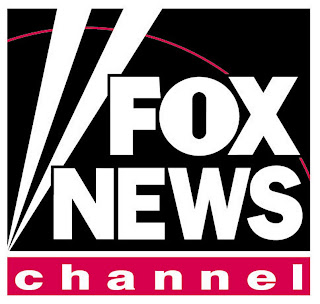 Los Angeles, CA—Fox News is in need of competition since it stands somewhat alone in a world of Leftist propaganda. Without competition Fox News is stagnating in a rut of mediocre content. Without the hot babes they sport as anchors I find little to enjoy there anymore.

Bill O’Reilly tries to pass himself off as a Conservative because he’s at odds with the Looney Left. Being at odds with Barack Obama, Barney Frank and the rest of the Liberal firebrands hardly qualifies as conservative credentials. O’Reilly is little more than a big government loving control freak. There will never be enough laws restricting freedom to satisfy this pretender.

Sean Hannity and Mike Huckabee are two more examples of almost Conservatives. They seem more interested in keeping their political images polished rather than digging past the phony façade of America’s politicians.

There are very few bright lights at Fox News like Judge Andrew Napolitano. For the most part Fox News does not have a real Conservative image. Glen Beck showed a lot of promise but seemed constrained at times due to Leftist efforts to silence him through advertisers.

What’s needed is another Conservative themed TV and web news organization. Competition would Improve Fox News giving it new life. The new contender would have to work hard to win viewers from Fox and the leftist propaganda machines. You’d have two news sources that would decimate what’s left of mainstream broadcast media.

Competition breeds excellence instead of the malaise Fox seems to be generating these days.

I’d give a top-notch news director type six months and a lot of cash to assemble a new news player with bureaus both here and in Europe. It would be more about news gathering and reporting than chest beating by personalities.

The way that ABC, CBS and NBC have kept viewers is that they do more than disseminate their political slant. They primarily still do news. Fox News has been notoriously weak on providing actual news content.

I see a goal is to establish a new breed of reporters that ask the politicians those tough questions that even Fox News was too timid to ask. The purpose would be to hold government accountable through constant digging into suspected government corruption. That’s just not that difficult in a nation where there has never been a shortage of politicians fleecing taxpayers.

As for the campaigns to silence Conservatives delivering news, they can be derailed if there are more than one or two targets for their wrath.
Posted by Paul Huebl Crimefile News at 7/17/2011 08:25:00 AM

Fox needs some competition -- maybe that'll help them find some "news" in all that opinion and analysis.

My answer to this was to start my own conservative news service. Here it is: