The Chicago Police Board Scam Has to End 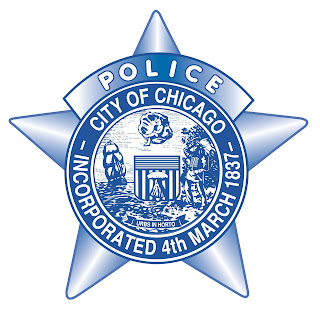 Chicago, IL—The Chicago Police Board has more functions than punishing cops over allegations of misconduct. The reality is the board itself is a mystery operating in the shadows of City Hall. The Board has had a strong odor of major corruption for decades. It operates in total defiance of the principals of open government.

The board members are appointed and get paid handsomely whether they work or not. They only answer secretly, to their appointing authority. The board hearings are not publicly accessible, nor are the videos or transcripts of the proceedings.

The board is almost never present during discipline hearings and the Master of Ceremonies is a politically connected lawyer who is the appointed hearing officer. The hearing officer makes a recommendation and the board simply acts as a rubber stamp. The board members are supposed to view the video of the hearings at their convenience but there is absolutely no reliable evidence that they do that.

The board must come out of the shadows, be present at the hearings and act as the trier of facts.

Police Board decisions are too often reversed later in the courts because of denials of due process and the reality that they made conclusions that were against the manifest weight of the evidence. Millions of dollars in back pay must be unnecessarily awarded to exonerated cops for work never provided. That’s because the board consistently manages to violate the civil rights of the officers whose careers were on the Police Board’s carpet.

By the same token the politically connected officers with very troubling conduct histories get special protection from the board they don’t deserve.

The Chicago Police Board is a scam that exists only to give the appearance of a functioning organization to met out fair discipline and wherever else they have the authority over.

The board needs to be replaced with a new commission that operates transparently. The men and women of the Chicago Police Department deserve nothing less than a real commission staffed with dedicated members operating in the sunshine.
Posted by Paul Huebl Crimefile News at 7/28/2011 10:54:00 PM

And re: Police Brutality and Police Corruption in Chicago

A federal judge has ruled that former Mayor Richard M. Daley can be sued for alleged police brutality conspiracies that happened under former Chicago police Commander Jon Burge. The July ruling by U.S. District Judge Rebecca Pallmeyer applies to just one of several lawsuits filed in the brutality cases, and it means that attorneys for the plaintiff in the case, Michael Tillman, can begin proceedings to depose Daley, said an attorney for Tillman. Daley has been named in three other brutality lawsuits stemming from the torture and abuse that Burge is believed to have perpetrated years ago on dozens of African American men in Chicago -- many of whom gave coerced confessions. But as they did in the Tillman case, the city moved to remove Daley from the lawsuits.

The Tillman case marks the first time a judge has ruled there is reason to allow the Daley to remain in the lawsuit, Taylor said. In this case, Pallmeyer ruled that Daley could be sued on the conspiracy claims that Tillman has alleged.

Tillman served nearly 24 years in prison for a July 1986 rape and murder before his conviction was vacated and the charges dismissed by a Cook County special prosecutor in January 2010, according to the court filing. He received a certificate of innocence from the Circuit Court of Cook County in February 2010.

Tillman brings a host of claims against the police officers, police supervisors, and prosecutors involved in his arrest, conviction and prolonged confinement, according to the filing.

“We were extremely pleased by the judge’s decision to hold Daley in the conspiracy allegations and consider it to be a significant victory in the long and ardous struggle in the police torture cases,” Taylor said.

Attorneys for the Plaintiff have scheduled a Sept. 8 deposition, but the city has filed a motion asking Pallmeyer to reconsider her ruling.