Casey Anthony Verdict Was The Right One 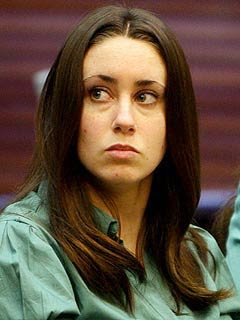 Orlando, FL—The sequestered jury was somewhat protected from the shrill voices of those wishing death for Casey Anthony. To return with guilty verdicts on the homicide related charges the jury would have had to guess their way through lousy evidence. The convictions for lying to the cops were certainly reasonable since that evidence was uncontroverted.

The fact is she lied in a world where lies roll of the tongues of Americans every day. Thankfully few liars are killers or we would have exterminated ourselves long ago.

I know the true crime buffs that live only for convictions in high profile court cases suffered a tremendous setback. Get over it since we are a country where the government has to prove guilt beyond a reasonable doubt.

Casey Anthony will easily be set free suffering the loss of over two years of her life for four somewhat redundant misdemeanor charges.

Aside from the acquittal I never bought the theory she knowingly killed her child. We live in a world were accidents and the thought of negligence bring enough fear to bring about the conduct we know Casey Anthony committed.

Today there were no blood thirsty shouts of joy outside the courtroom. Today justice was served.
Posted by Paul Huebl Crimefile News at 7/05/2011 03:39:00 PM

Justice was served - given a huge lack of evidence - for a change...

This is a great site! I will add it to my site and bookmark it lot's of great self defense information here great job!

guilty as hell!! Paul your a left wing liberal!! And a commie to boot!

While I can't agree that "Justice was served," I do give a nod of correctness to the verdict. The evidence just wasn't there.
Whatever really happened is something the family now has to live with. I don't envy their personal Hell.

I agree the evidence was not there. The prosecuter made a bad call in taking this one to trial. In a few years evidence may well surface proving her guilty as her actions clearly convey. She will some day receive justice, just not on this earth.

With all the circumstanial evidence laid out by the State, the only logical person to have killed Caylee was her mother. Was there a smoking gun...no, but by Casey's actions,logically and common sense would dictate that her mother killed her. Maybe if the prosecution didn't overcharge her and try for the death penalty. Paul, she did it and you know she did it, justice was not served.

BM, your "logical" theory is ridicules since there was and is no evidence as to how the girl died. The Jury had three lesser homicide related crimes that they could have convicted her with had there been evidence suggesting that a murder had actually taken place.

No cause of death equals no crime...

"The Jury had three lesser homicide related crimes that they could have convicted her with had there been evidence suggesting that a murder had actually taken place.

No cause of death equals no crime..."

While I agree with your comments about 90% of the time, this time I think you are way off. Little Cayley didn't die a natural death. She had duct tape across her mouth and nose. I will even go out on a limb and say that she suffocated as a result. Have we gotten so stupid these days that we have to have a video of the actual crime before we can render a verdict? I don't think so, and agree with BM-Chicago that common sense and logic must be applied. In my mind there was more than enough circumstantial evidence to convict this evil woman.

You don’t have a cause of death. Nobody can say when the duct tape was applied. Perhaps it was used to control leaking body fluids. She died but how? Accident is as reasonable conclusion as homicide in this case. We must acquit unless there is PROOF beyond a reasonable doubt. There is ZERO proof on just how she died. Do us all a favor and get out of serving on juries. In America we are not supposed to guess our way to convicting accused people.

No cause of death equals no crime....what about Scott Peterson in California several years ago. His wifes body was washed ashore with no head and no cause of death.Found guilty.

Anonymous said: "No cause of death equals no crime....what about Scott Peterson in California several years ago. His wifes body was washed ashore with no head and no cause of death.Found guilty."

By a 'jury' whose members were constantly changed as those with a doubt about guilt were ruthlessly removed. You want to be tried by one of those?

Peterson has now been proven to be innocent beyond any doubt. He just has to wait for his case to grind through the court system there - he hasn't had even one appeal heard as yet.