The Drew Peterson Prosecution May have Finally Ended 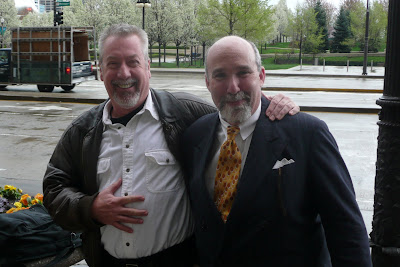 Joliet, IL—Retired Bolingbrook police sergeant, Drew Peterson has been held in jail on a $20 Million bail bond for more than two years. He was charged with killing his third wife Kathleen Savio. She was found dead inside the bathtub of her locked home. Peterson and Savio were embroiled in an ongoing divorce at the time of her death.

Savio had hired a locksmith to change the locks and Peterson did not have a key. There was no forced entry found at this home at the time of her death,

Depending on whom you may want to believe, Savio died from an accidental fall or was murdered by an intruder. There is no physical evidence that ties Peterson to the death of Savio. Savio’s family members stand to profit if Peterson is ever convicted of killing Savio. That damaging hearsay evidence was blocked by the Illinois Court of Appeals yesterday from admission in the pending criminal case against Peterson.

There is a serious lack of evidence now and trying Peterson now would result in an acquittal. It would be a waste of time and tax money to prosecute this case. The real damage of trying Peterson is that should they ever find any compelling and admissible evidence they would be unable to re-arrest or try Peterson again.

Peterson fourth wife Stacy Peterson suddenly vanished after telling a friend she wanted to disappear in a plan to escape her unhappy marriage. In that case there is no evidence of any kind that would shed light on where she might be or her condition.

The true crime aficionados have set the gossip machine in overdrive with theories about these unsolved mysteries. Their prevailing opinion is that Peterson is a double murderer that deserves maximum punishment. Thankfully these people cannot dictate away our Bill of Rights.

I’ve said before that I’m not clairvoyant and tell you for sure that Drew Peterson did not kill anyone. Nor can any known witness tell us what really happened to either of Peterson’s wives.

The only reasonable thing to do is release Peterson until there is some genuine evidence of his having killed someone. There is no statute of limitations on murder.

Peterson with have anything but an ideal life once he is freed until this mystery is solved clearing him. I don't see that happening during his lifetime.

This may however place some Hollywood film producers into a litigation quagmire if they continue on with their project that appears to be labeling Peterson as a murderer. Profiting on Peterson’s name and likeness will suddenly become very risky at this particular juncture.

Here is the Court’s Opinion:

Peterson would never have been arrested and thrown into jail on this little evidence, if he wasn't a White Male & Police Officer.

Peterson would never have been arrested and thrown into jail on this little evidence, if he wasn't a White Male & Police Officer.