Why Police “Perp Walks” are Dangerous to American Freedom 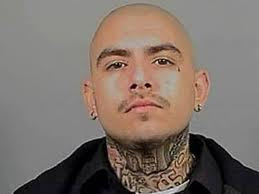 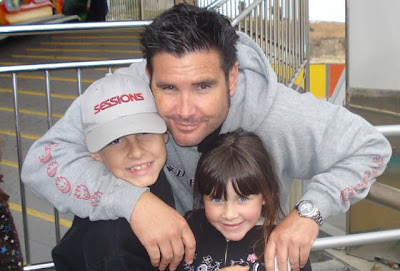 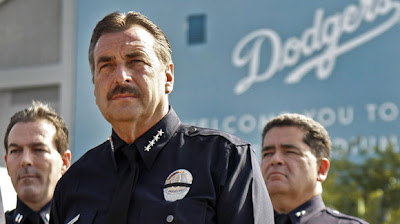 Los Angeles, CA—On March 31, 2011 Brian Stow a SF Giants fan traveled to L.A. to cheer his favorite baseball team on at Dodger Stadium. Stow was savagely beaten by two Hispanic male offenders simply because he wore a Giant’s jersey to this game. Stow may never fully recover from his injuries.

Naturally the LAPD quickly established a Dragnet for the low-life suspects. A call came in from a parole agent suggesting a possible suspect named, Giovanni Ramirez of Los Angeles. Ramirez was a convicted robber loaded with jail style tattoos who matched the composite drawing police obtained with the aid of eyewitnesses at the scene. On May 22, 2011 They stormed the Ramirez’s residence and recovered a handgun that the felon was barred from possessing as they arrested their prime suspect.

Because of the gun found in Ramirez’s possession he was held on a parole violation and returned to prison for a ten-month period.

Giovanni Ramirez quickly tried to explain his whereabouts to police and the fact he was not involved in this brutal assault. His plea fell on deaf ears as the LAPD delightfully informed the press and public that they caught one of the vicious criminals responsible for this despicable act. There was just one huge problem they arrested the wrong thug.

Ramirez was cleared not by solid police work but by our new surveillance society. His digital images were captured far away from the crime scene and there was a trail of data making their prime suspect’s participation in this crime impossible. Additionally he took and passed a polygraph test.

The LAPD had dug their heels in with their big announcement as they facilitated a “Perp Walk” for their “Usual Suspect”.

Today they are announcing the exoneration of Giovanni Ramirez and the subsequent arrests of two new suspects. That, as Ramirez stays behind bars because of that little problem of getting caught with a gun during his takedown by the LAPD SWAT Team.

The police and prosecutor's press releases and the suspect Perp Walk always endangers the accused’s rights to a fair trial. Today no suspect arrested by police in a high profile case can escape the hate. As always the media can be counted upon to smear the suspect with their, Mark of Cain.

Laws precluding cops and prosecutors from issuing press releases or making comments to the media about arrests they’ve made or evidence they plan on presenting in court would never endanger the rights of the free press.

Prosecutors and cops need to be muzzled at least or until after these cases are fairly tried in a courtroom.

The sad truth is that it's not always some convicted thug with a long rap-sheet that takes a fall for a crime he didn't commit. If they can do this to Ramirez, they can always do it to you or someone you love. We need to end the Perp Walks now and forever.
Posted by Paul Huebl Crimefile News at 7/22/2011 09:26:00 AM

This is another instance where the police and media officials work hand in hand to take an innocent down, in this case most likely intentionally.

I am sure catching a suspect who has gone from the crime scene - is not an easy job for the LAPD.

I also understand there was much pressure for them to find the person(s) who beat Brian Stowe into oblivion - nearly... and maybe or maybe not for good. We don't know for sure today.

But this pressure should not lead the police to arrest anyone and hang on to him - and use him knowing he's not the one - so as to quell the pressure, and perhaps as a decoy for the real perps.

In the end it just makes the general public think less of and mistrust the police, the police chief and mayor more - because they are NOT BEING HONEST WITH US - THE GENERAL PUBLIC.

Regardless that Ramirez is a problem child - he should not be used by the LAPD to fool us the general public - that the police have the right guy, are acting fairly, and know what they are doing.

Obviously the LAPD NEVER HAD A SHRED OF EVIDENCE for Ramirez. And he was used, abused, discriminated against on account of his matching looks - and because of his criminal record. It was his parole officer that turned him in!!!

Remember the witnesses could not id Ramirez, and he passed the lie detector tests etc.

Steve Cooley would have prosecuted Ramirez weeks ago if there had been enough evidence.

It is not just the perp walk that is bad- it is using AN INNOCENT (in this case) to give the public and the real perpetrators the idea that the case of the Brian Stowe beating has been solved.

Who said the beating case was solved? Another "Perp Walk" proves nothing, that's why we have trials and juries!

I guess my point Paul - is that Ramirez was never charged with a crime- only arrested for the Brian Stow beating, and time passed by and then when he was not identified in the line up by witnesses weeks ago- and passed lie detector tests weeks ago - the police chief Charlie Beck still maintained he was confident that Ramirez was responsible for brutally harming Brian Stow.

Yes I agree - the beating case is not solved but the new perps have been charged with a crime- thus it is a little closer to being solved - with the new perps eventually being found guilty or exonerated - since there may be a trial and a jury.

"The conclusion that Giovanni Ramirez, 31, is not responsible for the March 31 assault in the stadium parking lot on Bryan Stow, 42, a Santa Clara County paramedic, raises serious questions about the Los Angeles Police Department's investigation and why Police Chief Charlie Beck has repeatedly expressed confidence that Ramirez was the primary culprit.

"Obviously, we're going to need to get an explanation," said Matt Szabo, a senior aide to Mayor Antonio Villaraigosa. The mayor and Beck trumpeted the capture of Ramirez at a news conference on the day he was taken into custody.

The LAPD's case against Ramirez stalled from the start. Police took him into custody during an early morning raid May 22 after a parole agent raised suspicion that Ramirez might be one of the assailants, and then multiple witnesses identified him from photo lineups.

But after scouring mobile phone records, thousands of images from surveillance camera footage, financial records and hundreds of other possible links and tips, detectives were unable to link Ramirez to the beating.

Without sufficient evidence, prosecutors balked at filing criminal charges against Ramirez, a documented gang member. Instead, he was held on suspicion of violating the terms of his parole from a previous conviction. In June, he was returned to prison for 10 months when a parole commissioner confirmed that Ramirez had had access to a gun — a violation of his parole.

Last month, with the case apparently not progressing, Beck reassigned the investigation to detectives in the department's elite Robbery-Homicide Division. It was not immediately known what information led that team of detectives to the new suspects.

Officials steadily increased the amount of reward money being offered to more than $200,000, hoping it would eventually be enough to persuade someone with information about the attack to come forward.

LAPD officials Thursday maintained an unusual level of silence about the arrests, ignoring calls for comment from The Times.

Reached Thursday, Ramirez's attorney said he was unaware of the arrests.

"I haven't heard anything," Anthony Brooklier said. "But if it's true, I'm happy for my client. I always believed he was factually innocent. There was a lot of pressure on LAPD. I believe that they were operating in good faith and made a good-faith mistake."

Brooklier repeatedly went before television cameras to assert Ramirez's innocence, had his client take a polygraph exam and made headlines with his claim that nearly a dozen people could place Ramirez at his home at the time of the attack. He announced as well that Ramirez had hair on his head when the beating occurred and so he could not have been the bald assailant described by witnesses."