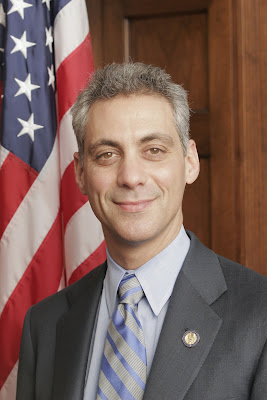 Chicago, IL—Former Mayor Richard M. Daley was a master at throwing away good taxpayer money after bad. He felt his dictatorial ability trumped the Constitution’s Bill of Rights. Daley insisted on violating the civil rights of Chicagoans even after the U.S. Supreme Court ruled twice overturning gun bans.

Daley spent millions and lost millions more when the courts ruled that the city pay the plaintiff’s legal fees. The dopes writing for the Chicago media outfits claim the city was ordered to pay the NRA. They seem to forget that the NRA was never the Plaintiff and that it was ordinary citizens of Chicago brought the action against their city’s tyranny.

How many police officers could they have hired and trained with the money wasted fighting Chicagoan’s right to self-protection? How many prison beds could have been funded for violent offenders with the cash?

Chicago’s new police superintendent put his shoe in his mouth at a lame attempt to revise gun control history. Garry McCarthy recently branded gun rights and the NRA as racist in a strange dance with the truth while speaking to a Black audience. McCarthy seemed to have lost sight of the Supreme Courts Post Civil War Construction Dred Scott Ruling wherein the U.S. Supreme Court Justices expressed horror at the thought of allowing newly freed slaves the right to bear arms arms.

Someone needs to tell McCarthy about the origin of the first American gun control laws that were enacted to disarm African-Americans. The practice went from the Deep South up the Eastern Seaboard later used by each ethnic group that gained a majority against their minority. New York’s Sullivan Law was not about crime control but simply racial and ethnic oppression.

Mayor Rahm Emanuel can mend fences with Chicago’s law-abiding folks by simply protecting their rights to meaningful self-defense. That means dumping redundant and expensive Chicago laws requiring gun registration and such. The Illinois Firearm Owner’s Identification Card is plenty of control when you consider that the Supreme Court has twice ruled that convicted felons can’t be forced to register guns. Felons can’t be forced to fill out gun forms that would incriminate them because of our Fifth Amendment.

Mayor Emanuel has taken a baby-step in offering the City Council legislation to lift the gun range ban. Perhaps the mayor can do more and simply leave gun control to the layers upon layers of gun laws already in place at the federal and state levels. That would give relief to the city’s taxpayers for sure.

Mayor Emanuel and the City Council can reduce crime in Chicago by redirecting their efforts from meaningless and unconstitutional gun bans and such to bringing back industry and jobs.
Posted by Paul Huebl Crimefile News at 7/02/2011 08:11:00 AM

I am interested to know how many shootings in Chicago are done by people with F.O.I.D cards and legal weapons they own and how many shootings are done buy people who stole or bought the guns illegally. Then you will see what is really going on and I don't think I have to tell you the answer.

Emanuel and McCarthy are both card-carrying members of the Communist Party, aka. "Democrats".

Progressive is the new word for Communist

To, The two Anonymous post I have heard that from many people and can not say I disagree. I would still like an answer to my question. This is to make a point regarding conceal/carry in Illinois. I live in Arizona a state where you can carry open or concealed and feel sorry for the honest people of Chicago who are forced to be victims due to the fear of your Mayor and Police Super.