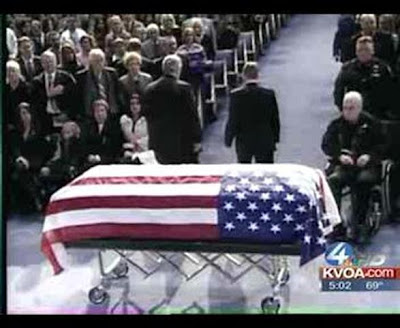 Phoenix, AZ—Okay we all know that the vast majority of journalists working for the major publications and TV news outlets are very Liberal. We know at best they make only a lame effort to hide their Socialist politics. They are for the most part deeply in love with Barack Obama and won’t report anything that ever casts him in an unfavorable light.

By comparison simply look at how the same media treated former President Richard M. Nixon when some burglars tried to find political fodder believed hidden in the office of the Democratic National Committee at the Watergate complex.

There is a vast difference here in that The Obama Justice Department intentionally and criminally conspired to move thousands of weapons from American gun dealers to drug cartels of Mexico and the notorious MS-13 Murder Gang of Honduras. Loads of serious state and federal laws were violated in the process.

The only possible purpose of the conspiracy was to create a major violence crisis and blame it all on American’s gun rights. They wanted the world to condemn America’s gun freedom and gain political points in Obama’s goal of signing away the second Amendment in a United Nations treaty that would ban gun possession by civilians.

So far at least two federal agents and untold others were murdered the with guns unlawfully trafficked by Obama and his pal Eric Holder.

The criminal conspiracy is now under Congressional investigation. The very same news organizations that brought down Richard Nixon avoid this very toxic and shocking gunrunning story. So far the Obama Administration has successfully stonewalled and obstructed every effort to uncover the truth.

Thankfully there are BATFE agents and others that have exposed this frightening scandal at great personal risk.

Perhaps some of these lame media organizations need to visit the halls of Congress and look at the thousands of documents that have been captured. Perhaps at the daily Whitehouse news briefings a question or two could be asked.

These outfits that claim to be objective news providers only see their role as Leftist propaganda generators committed to the re-election of Barack Obama. They will protect Obama no matter what.

Nixon was not a willing accessory to the murder of federal agents yet he was only saved by a Pardon from President Gerald R. Ford. Obama’s conspiracy was much worse because innocent people are being murdered. If Obama is ever forced to answer for this conspiracy the Leftist media can be counted upon to be nothing more than Whitehouse apologists.
Posted by Paul Huebl Crimefile News at 7/14/2011 08:38:00 PM

Screw this clown and his half-asses afro-marxist takeover. Try him and holder for MURDER - don't hold back, these are the same bullshitviks that will take your second home and make it Section 8. It's coming - reach down between your legs and stay cold. Ice cold. The enemy is in the white house.