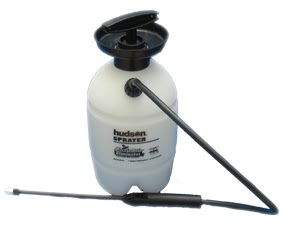 Oslo, Norway—So far the horrific and indiscriminant killings attributed to 32 year-old malcontent, Anders Behring Breivik are on par with the terror attack at a Bronx nightclub in March of 1990 that claimed 87 lives.

That’s despite the extraordinary ability of Breivik to masquerade as a policeman, employ firearms and six tons of explosive fertilizer to inflict his carnage.

Unemployed Cuban refugee Julio González simply used a single gallon can of gasoline to incinerate 87 people at the Happyland Social Club in his attack on a former girlfriend. Most people are simply beyond ignorant just how explosive and volatile gasoline really can be.

Hollywood has elevated the firearm to having magical levels of destruction with those awesome special effects. Filmmakers have somehow brainwashed the entire world into believing that there’s no more effective weapon than a gun.

The fact is and has been that well over 60% of people shot survive. Chicago’s weekend violence statistics show firearms being incredibly ineffective as scores are wounded for everyone that’s actually killed.

I’m still amazed that not a single terrorist has bothered to use a weed sprayer with gasoline. Imagine what two or three maniacs with weed sprayers could do in a crowded airport, shopping center or nightclub?

I doubt that anyone but me would look twice at a Mexican carrying a weed sprayer in Los Angeles.
Posted by Paul Huebl Crimefile News at 7/23/2011 07:52:00 AM

As the Marxists destroy the west with forced multiculturism and westerners still mistakenly think they can reclaim their lands at the ballot box, we will see attacks like this from time to time. Norway is now 7.5% muslim immigrant. Every rape in Norway this year was committed by one of them. They didn't come to work, they came for the super welfare benefits offered by the socialists in Europe. I'm surprised the rest of Europe hasn't risen up yet.

Flamethrowers are way too kool,and a non-NFA item too!!!

Not too many recall the Happyland incident.The anti-gunners love to tout Columbine,San Ysidro,NIU and other tragic crimes,but if a guy uses a couple of bucks of 87 octane and takes out 87 people,they dont say boo.