Putting an End to an Unwanted Lindsay Lohan Prosecution 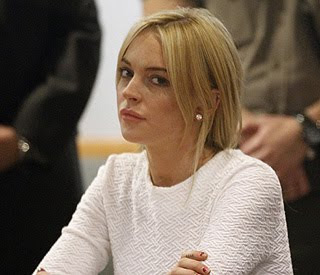 Los Angeles, CA—In the past several decades we’ve managed to become a Police State. Government has taken total control over people’s lives with tactics that are harmful to our relationships involving, family, friends and business associates.

An example is actress Lindsay Lohan. The actress now stands accused of felony theft of a necklace. The store owner has publicly said she wanted her property returned and not the arrest or prosecution of Lohan.

There is a way out for anyone that does not want to cooperate in prosecution. The prosecutors will force you to testify threatening contempt punishment including jail if you refuse to testify. They will also threaten you with criminal charges if you now claim that your original story to them was false. Here is how it would work in the Lohan case.

Prosecutors have a digital video recording of the alleged movement of Lohan with the necklace as she leaves the store. That video alone is absolute hearsay and therefore inadmissible as evidence without an eye witness that can say he that video reflects what they saw with their own eyes.

I’m not suggesting a perjuries denial by a witness under oath. But anyone can force anything they wish out of their memories. It then is simple enough to tell prosecutors that you’ve put this matter out of your mind and cannot recall anything about it. If they persist in forcing you to testify you can simply tell the court that you’ve put that police contact and investigation in the land of unpleasant or regretful memories and no can no longer recall.

The store owner in the Lohan case has every right to contact the District Attorney and tell them they cannot recall. A quick phone call, note or other communication to the defense attorney to this information would result in a dismissal. Prosecutors would be unable to continue in the absence of a confession by the defendant.

If the jewelry store owner is sincere in her claim she does not want to prosecute Lohan she can do just that without fear of reprisal from anyone.

Why should taxpayer be funding prosecutions of anyone where there is no willing victim? Perhaps we can begin to end the nearly absolute power of prosecutors, one case at a time. After all, a victim has the right to not be a victim.
Posted by Paul Huebl Crimefile News at 2/11/2011 08:50:00 AM

Agree. Sometimes the prosecutors don't listen to the victims. I was on a raoe call decades ago and one of the first things I would do, if the circumstances seemed to warrant it, would be to run a criminal history on the "victim". More often than not, they would have a rap sheet a mile long listing numerous arrests for prostitution. In this one particular case, the woman said she wanted to sign complaints and the rookie cop ended up calling felony review. After I showed him the criminal history and confronting the woman, she quickly changed her tune and just wanted to go home. It was a simple "failure to pay" for services rendered. The idiot ASA insisted on coming out and interviewing the woman. After many hours, the ASA finally realized the futility of the whole thing and everyone went home. A total waste of time and manpower, just like this LiLo case.

She is smokin "bad girl" hot."

Hey Paul, it looks like it won't be much longer till the Defendant AND the Complainant will need a lawyer. What a Country!