The Official Crimefile Review of UNKNOWN 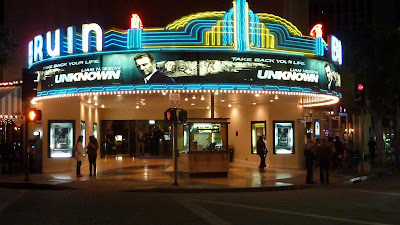 Berlin, Germany—Okay, I confess a great love for this city and its people. Berlin , has old world charm, modern elegance and non-stop excitement. Coincidently I will be there in a couple of weeks intoxicating my senses with this incredible metropolis.

Liam Neeson is terrific as usual playing the lead character who arrives in Berlin only to become involved in a spectacular accident and wakes up after a four day coma to find his identity apparently stolen.

By circumstances Neesen is paired up with the incredibly sexy German actress Diane Kruger who plays an accidental hero of epic proportions.

My favorite German actor Sebastian Koch plays a scientist attending a Bio-Tech engineering conference held at the historic, Five Star, Adlon Hotel. Yep, it’s the same place where Michael Jackson dangled his new baby out the window to a large street crowd several years before he died. This grand hotel is a centerpiece for the movie along with many familiar Berlin locations.

The action is non-stop with first rate special effects and stunts. The Berlin subway and train station locations are really fun to watch.

Frank Langella still has his acting chops as he plays a rich character.

The writing producing and direction are as good as it gets. The story came from a novel by Didier Van Cauwelaert. The screenplay was crafted by Oliver Butcher and Stephen Cornwell. The film was directed by Jaume Collet-Serra.

I have to say this was well worth the price of admission and will make doubt your own identity before it’s over.

Sit back and watch the trailer for UKNOWN

I don’t care how good the special effects are, and no exciting chase scene can make me sit through 2 hours of anti-western anti-business agenda driven tripe where the good guys are an illegal alien Moslem and an East German commie.

All your railing against socialism and communism goes right out the window when you’re in the movie theater, doesn’t it – and you spend your money and your time to willingly be fed the very values you write against. But it’s okay if the anti-western, anti business message is entertainingly presented?

You bought right into the anti-American press release that Hollywood put out. You threw off your values in a heartbeat.

Good guys are what? Without giving the plot of the film away, perhaps you need to see it again, I saw no good guys at all! Of course, my admiration of Ms. Kruger was strictly a biological phenomenon! She was so very hot.

I stand by my personal politics, a good Communist is a dead Communist.

Kill a commie for mommy!