Insuring Our Freedom One Video at a Time 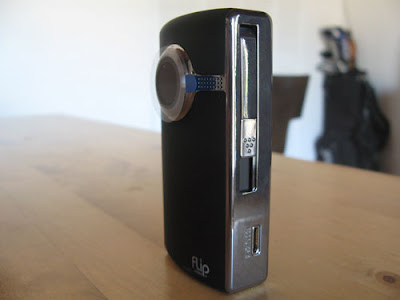 Chicago, IL-Many of my blog visitors want to get in on the act of providing information to the world about important matters.

It is easier and cheaper than ever to capture and edit video. Cheap Flip HD style cameras are everywhere but with just a little additional effort you can make them watchable and tell the story through simple editing and narration.

Don’t ramble on as you shoot video about what you see but instead add the narration during editing. Trust me, you will sound more intelligent. Of course you can add a stand-up where you face the camera and give a 15-20 second sound bite.

Stay wide with the lens and move close to the subject you’re shooting. You will get much better audio especially with the on camera microphones. Avoid the zoom feature whenever possible.

Take the time to shoot the action holding the camera very still and keeping the camera recording. I does not cost you money to keep the camera rolling like in the days of expensive film and processing. Every shot should be held for no less than 20 seconds.

We all see government waste, dangerous conditions and criminal events. When in doubt shoot the video. Don’t be in a hurry to delete it either.

Most government bureaucrats hate video cameras because they know their misconduct, rudeness and waste will haunt them if captured.

The Flip cameras are small so there is no reason to ever be without one on your person. If you don’t yet know how to edit video get help from someone trustworthy. There are thousands of videos on YouTube that will teach you how to edit and upload video for the world to see.

Camera phones work but their images are not up for good viewing. Stick to the HD digital video cameras rather than even the I-phone cameras.

Get that video up on a favorite blog, hopefully, crimefilenews.com. Of course you may even create your own.

YouTube has been trying to control content by pulling videos that their employees don’t like, but there are other sites. You can also put the same video up on hundreds of sites similar to YouTube. They won’t all remove something controversial. Put your video up on Facebook and ask your friends to share it with their friends.

Don’t be the one to say, “Shucks, I wish I had my camera with me for this!”

Just the threat of exposure because of the proliferation of cameras helps keep the government in check.
Posted by Paul Huebl Crimefile News at 2/17/2011 04:37:00 AM

Technology - times have changed and a flip camera is always a good idea; you just don't know what situation you may come upon

My Droid phone has even more all in one. i can even upload to youtube ect with my droid.

Paul, What brand and model Flip camera would you recommend that will also do HD still shots?

And are you still happy with that Corel Videostudio Pro X2 for editing, or has something better hit the market?

Please let me know, my camcorder and digital camera are both on their last legs.

Keep the camera handy while driving too. When the cops pull you over for some bogus BS reason record them. They will be recording you, soooo turn about is fair play!!!