World Wide Socialist Assault on Liberty by Governments Must be Defeated 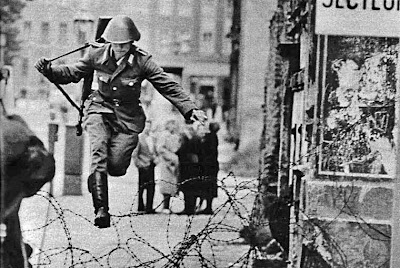 Today it’s Communist China cracking down with heavy handed and routine Socialist tactics. People resisting this government are disappearing at an alarming rate as the days of Mao Zedong and the Red Guard seem to have returned.

Along with the enslavement, depravation and poverty brought on with Socialism is the shocking mandate that people fleeing these regimes be shot in the back. Death without a trial is the penalty for anyone that tries to escape from Socialism.

Socialist government agents threaten mothers with taking their children if they refused to spy on their own families and neighbors.

East Germany was a frightening example of Socialist tyranny. The German people were fresh out the 12 year reign of a madman when the Berlin Wall went up in 1961. They simply traded the Gestapo for the Stazi but the tyranny continued. Millions of lives destroyed under Socialist control until Germany was reunified in 1989.

The Socialists are here in our American Congress and Whitehouse and we face the very same threat as Barack Obama’s Homeland Security secretary, Janet Napolitano establishes a Socialist Snitch Program in America. This is beyond dangerous and we can either resist or be reduced to prisoners.

Americans must remember, what’s past is prologue.

Socialists murdering those that dare flee their so-called Utopias speak volumes of just how wonderful Socialism really is. In case you forgot about Socialist’s murdering those trying to escape let me show you some memorials to those shot in the back fleeing East Berlin.

I shot this video in Berlin during the “20 Jahr Mauerfest” on November 9, 2009. Mauerfest was the celebration of the wall and Socialism falling.