Suicide as an Option to Disgrace and Poverty 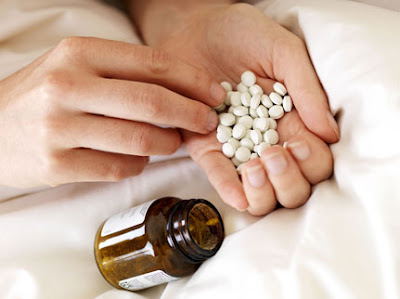 Phoenix, AZ—I know too many people who are depressed and feeling hopeless about the economy. The most endangered are the middle-aged folks that are facing foreclosure, bankruptcy and destroyed retirement plans.

Joblessness, despair, aging and pride are all factors that have already caused an increase in suicide and suicide pacts. This is a sickening reality.

The artificial skyrocketing prices for homes and mortgages designed and pre-ordained for failure caused many overly optimistic Americans to buy homes beyond their means. Suddenly their homes are worth far less than they paid for them and those tricky mortgages came at Americans with a cruel vengeance.

The blame for this disaster can be shared by our Leftist politicians from both parties and the Federal Reserve System that allows banks to control government policy.

There is no possible way that taxpayers can eat this devastating loss. With no hope and no help too many Americans are choosing suicide.

Rather than surrender Americans need to take control of our country from the unelected and un-American Federal Reserve System.

The fight for freedom is never-ending and Americans need to use every possible option including the powers authorized under the Second Amendment remedy to protect our Constitution from the Socialists and Communists inside of our government.

Please if you’re really planning to kill yourself please, take as many Socialists and Communists politicians as you can with you! You at least will leave a heroic legacy behind.
Posted by Paul Huebl Crimefile News at 8/13/2010 08:02:00 AM

Lots of retired CPD members are concerned about:

Paul,
You should mention that the press avoids doing news stories about suicides. The police departments know that and never send them information. It would of course something the Obama Administration would like to cover-up.

Everyone should just file fucking bankruptcy and stick to the banks, credit card companies and all other debt collectors. FUCK THEM, LET THEM COMMIT SUCIDE OVER LOST REVENUE...It's liberating not having bills.

I am sure you are not encouraging already unstable, despondent, and suicidal people to commit murder while they are at planning their own deaths?

I understand your over arching rhetorical point--but I know from dealing with mentally ill people that they may not get that you don't actually WANT them to commit murder.

Protecting the Constitution of the United States is never Murder but the absolute duty of every American citizen. Our military cemeteries are filled with heroic men and woman that engaged those who dare challenge our liberty, freedom and way of life.. It’s the only honorable thing to do.