The Face Of The New KKK in America 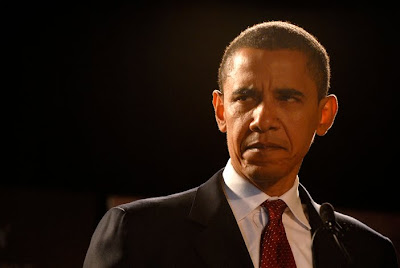 Washington, DC—Barack Obama has turned his back on the African-Americans who gave him their absolute trust and support. Obama has done absolutely nothing to improve the plight of the Black or Brown American.

The takeover of the banking, automobile and healthcare industry shows no signs of creating jobs for anyone. Instead Obama and his Congress made Americans slaves to the politicians and crooks responsible for our economic collapse. Obama has robbed taxpayers of massive amounts of their present and future earnings by rewarding these criminals for the looting of businesses that should have been allowed to fail.

In America businesses fail every day. The affected employees simply begin with the next best competitor. Obama has killed competition and given millions of White Collar Criminals Golden Parachutes at the expense of all working Americans.

The crooks Obama has enriched will be confused with wealthy Americans that have legitimately earned their money. The plan is to turn all wealthy Americans into targets of wrath as Adolph Hitler did to Europe’s Jews. They will confiscate their wealth and redistribute it. As Hitler did, Obama will give the bulk of the assets to his party elite instead of the people.

This is not some coincidence but simply Obama’s plan to completely destroy our economy so he and his cronies can replace it with a Marxist model.

Obama has not lifted a finger to motivate our African-Americans to win and live the American Dream. Education and a cultural change to embrace personal responsibility is the only salvation African-Americans have to gain true equality.

Obama has instead increased African-American helplessness and dependency on government. Obama’s political agenda is on an exact par with Hitler and Stalin’s.

Socialism cannot exist in a free and wealthy society. Wealthy African-Americans threaten the whole concept of Socialism and can’t be allowed to exist.

Corrupt politicians see the value of absolute control and government appointments for life. Greed is their sole motivation as they answer to nobody. Their raw power comes from the barrel of the gun.

Obama has criminally obstructed our Federal Immigration Laws to make the legal Black and Brown people in America compete for jobs and entitlements with millions of foreign trespassers. This treasonous conduct by Obama is designed to keep African-Americans poor so they will support the false promise of Marxism.

Barack Obama has fueled racial hate in America near its boiling point. Americans have not been so divided since the Civil War. Obama will use any insurrection as a public safety emergency to declare martial law and bring in foreign troops. This will facilitate the control of Americans and rob us of our Constitution and Bill of Rights.

African-Americans have been deceived by Barack Obama and have no choice but to purge this country of this traitor or never be free from the bonds of slavery.
Posted by Paul Huebl Crimefile News at 8/27/2010 11:15:00 AM