The Drug War, is a Constant Threat To Freedom And Security in America 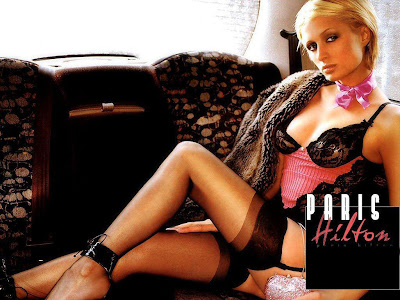 Las Vegas, NV---Bad girl, Paris Hilton got snagged again for cocaine possession, this time in Sin City where she goes for a good time and to profit on her celebrity.

Hilton was stopped by police with her male companion whose driving irregularities caught their attention. After the stop and search, the happy dust was found in a purse believed by police to belong to Hilton. Today one happy Las Vegas criminal defense lawyer can now buy his girlfriend a brand new car with the generous retainer the Hilton family paid for their troubled loved one.

Far too many Americans have an insatiable appetite for drugs and it is a multi-billion dollar criminal industry. Drug money profiteers include both sides of the Drug War and they want to keep their flourishing illicit businesses healthy through stepped up enforcement.

The drugs themselves cost no more that coffee, tea and sugar to produce but the Drug War keeps the price so high that the addicted can only support their habit through serial crimes.

Many thousands of people die every year because of the Drug War. There are the innocent victims of theft related violence by addicts. Then there are innocent people killed in mistaken drug raids by both police and criminals. After that there are the turf battles and violence related to arrests. This theft, destruction and incredible carnage is even uglier than the damage the addicted do to themselves.

The addicted made their choice and the Drug War does not help them in any way. The addicted turn to crimes of every description to support their habit and that increases the damage they do to themselves, their families and the rest of us.

The Drug War has been lost decades ago and we have not learned our lesson. The only victory of this senseless war is over the Freedom and Liberty of Americans that want nothing to do with the poisonous products awash in our streets.

$113 billion is spent on marijuana every year in the U.S., and because of the prohibition *every* dollar of it goes straight into the hands of criminals. Far from preventing people from using marijuana, the prohibition instead creates zero legal supply amid massive and unrelenting demand.

According to the ONDCP, two-thirds of the Mexican drug cartel's money comes from selling marijuana in the U.S., and they protect this cash flow by brutally torturing, murdering and dismembering thousands of innocent people.

If we can STOP people using marijuana then we need to do so now, but if we can't then we need to legalize the production and sale of marijuana to adults with after-tax prices set too low for the cartels to match. One way or the other, we have to force the cartels out of the marijuana market and eliminate their highly lucrative marijuana incomes - no business can withstand the loss of two-thirds of its revenue!

To date, the cartels have amassed more than 100,000 "foot soldiers" and operate in 230 U.S. cities, and the longer they're able to exploit the prohibition the more powerful they're going to get and the more our own personal security is put in jeopardy.

vice licensing, for providers and consumers.

then zoning takes care of isolating the providers, aggravation factors added onto every natural criminal and/or criminally negligent act addresses the concerns relevant to the actions of the consumers.

licenses, being public knowledge, allow for the application of social pressures, should friends, family and associates of the licensed consumers of vice feel the need to discourage such activity.

the local governments gain, both by the decreased costs currently imposed upon their tax paying constituents, and the increased revenues from licensing fees, taxes and associated support businesses servicing vice providers, the associated support businesses gain, the insurance industry has new products to sell, both to the providers and the consumers, and those citizens not interested in consuming any of the 3 traditional vices, namely, gambling, prostitution and recreational substances use, now know where not to go and who not to associate with.

also, employers not engaged in the vice industry now know whether or not their employees are licensed vice consumers, and will have the option to make a more fully informed decision relevant to each individual employee. the same applies to those who hold authority over members of a religious, social or other group/organization, as well as a vice licensee's family members.

unlicensed providers and unlicensed consumers would still be subject to the same, or increased, criminal and/or civil penalties of aggravation to any natural criminal/negligent acts, plus stiff fines for failure to to be licensed.

recreational substances include any/all substances that, when introduced into the human body, effect the body in such a way as to render the individual:

a) less than reasonably capable of acting in a civil manner,

b) incapable of acting in a safe, non harmful manner, whether deliberate or negligent

c) capable of, shall we say, behaving like a fucking lunatic

would be included in the list of substances whose use is considered to be a vice.

prostitution and gambling are traditionally self evident vices.


at any given point in time, a certain percentage of human beings will want, and seek to get, one or more of the traditional vices.

those vices will either be provided in a visible and, thus, controllable manner or, as is the case presently, in a clandestine and, thus, uncontrollable, and highly profitable, manner.

Didnt we learn anything from the prohibition era??

"Didnt we learn anything from the prohibition era??

3. predictably, a certain portion of the proceeds 'earned' from the providing of prohibited products and services will find their way into the pockets of the attorneys who are retained to defend those individuals who, in the course of providing the prohibited product/service, are 'busted' for doing so.

4. many parties involved in the various flows of cash generated by these 'black market' activities will also direct a portion of said flow into the hands of the politicians, via 'campaign contributions', discrete kickbacks, 'favors' of many flavors, 'charity contributions', (bribes), etc., thus insuring the continued prohibitions of the aforementioned products and services.

5. other residual effects of this 'cash only' black market economy include: relatively few taxes paid, increased purchasing of non prohibited goods and services within communities which would normally appear to not have a legitimate source of said increased purchasing resources, increased costs to the taxpaying public for the increased need for subsidized medical services resulting from the constant violent competition engaged in by those providers of prohibited products and services, etc.


which brings up the question: where does all this leave us honest, hard working, tax paying citizens?


one answer appears to be: up shit's creek without a paddle.