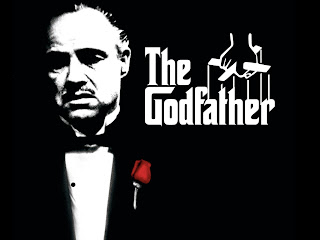 Chicago, IL—Chicago’s politicians and their appointed bureaucrats are dismayed by the decrease in traffic fine revenue.  The outgunned, undermanned, demoralized and endangered Chicago cops can’t protect Chicago’s citizens but city officials want cops to bring them bags of cash.
The Chicago Sun Times released internal city documents that detail the decrease in traffic fines and stepped up efforts to threaten the jobs of cops that seem reluctant to become full time revenue agents.
Traffic law and parking enforcement was never intended to become a tool of extortion but rather a way to reduce accidents and insure the orderly and unobstructed flow of traffic.  Instead it’s only about an out-of-control criminal municipality extortion racket.
Chicago’s politicians want to increase the amount of money forcibly taken from the unemployed along with thousands of people doing all they can to keep from losing their homes to foreclosure.
To be effective police need to be trusted by their community and simple cooperation is necessary. Turing cops into extortionists on a mission to take food from the mouths of citizens, is horrible public policy. The resentment of police over this kind enforcement of can easily endanger the very lives our cops.
This style of enforcement keeps people from wanting to conduct any business within the city’s borders. This despicable attempt at governing drives productive people and their money out of Chicago and that can’t be good for anyone.
Chicago’s politicians want solutions for the fiscal crisis as long as it does not affect their own over-bloated budgets along with their own corrupt and wasteful ways.
Posted by Paul Huebl Crimefile News at 8/17/2010 06:09:00 AM

The UK police are now regarded with contempt by the majority of the British public for this exact reason. Crimes that worry people like burglaries and street robbery are barely investigated any more. The only time most people in the UK see a police officer is when they drive past a couple catching a couple of Z's in a speed camera van.


1st they try to bribe you into doing what they want

if you won't be bribed, then they try to bully you

and if you can't be bullied, then they work to banish you


God forbid they'd ever be satisfied with just being honest.

Sir, I am not a cop. I live in the burbs. You have read my mind. I agree with all that you said.I stay out of the city because i refuse to pay the high sales tax and parking fines that are in place. Socialist daley is killing the city.shop owner are closing and soon it will only be welfare breeders left. Good cops should bail out while they can, and never enforce nazi style law WHEN it comes.