The Most Important Word in our World 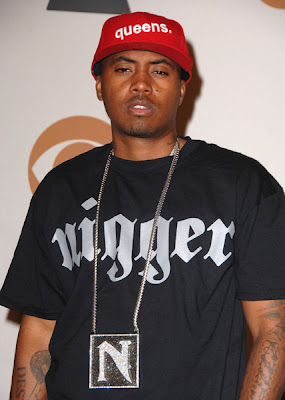 Today the simple use of the racial slur, nigger by someone can result in a national newspaper headlines. That word seems to be one of the most powerful words in the entire world. To me this is the sign of a very fragile and sick society.

Whatever your race, religion, gender or gender variation may be there is a derogatory slur just for you.

Americans, at least in theory subscribe to the proposition that all men are created equal. The truth is that we are not equal because some of us are born healthy, attractive and rich and others are not. The reality is basic humanity dictates that we treat each other as equal.

There is a long history of competitive behavior between races, religious or sexual groups. Too often that history has a very dark side.

Our assigned race, sex and religion generally is fixed. There are those who chose to change one or more of those assignments or at least their orientation, preferences and culture. In the end we are all really quite different.

Some of us are ashamed of what we are. If we are not ashamed there are those that want to assign shame to us. Perhaps they need to feel superior because of their own perceived inadequacies.

Because of some people’s disagreeable nature they like to insult others different then themselves. That’s where the slurs were born.

The slurs only have an impact if we are not comfortable in their own skin. If you have a sense of identity shame the slurs will make you angry or cause emotional pain.

I have met people of every race and persuasion that are proud of what they are or have become or at least not ashamed. You can call them by any slur and they will only think less of you. They won’t be hurt or angry just disappointed in their detractor.

Slurs have been used in jokes for as long as there have been slurs. Jokes are not designed to do anything but evoke laughter. There has never been a great comedian that has bombed before an audience. Every joke is not funny despite the best efforts of the jokester.

Getting angry or emotional disturbed over a slur, gives the insult far more importance than it deserves. Failing to react or more importantly over-react to the slur neutralizes it.

The display of an emotional response to a slur gives that insult and the persona making it absolute credibility. I’d call that counterproductive.

I have spent too much time on gun ranges and my hearing is somewhat impaired. Sometimes that disability is a gift since I’m positive that I’ve been spared from many insults accordingly. I’m sure my lack of response has struck a nasty blow to someone’s relevance and self-esteem.
Posted by Paul Huebl Crimefile News at 8/20/2010 12:32:00 PM

Reminds me of the Planet of the Apes movies where the word "No" was banned.

I dont think we are too far off.

"The truth is that we are not equal because some of us are born healthy, attractive and rich and others are not."


you don't mean that others are born sickly, ugly and poor, do you?

you don't mean that others are born sickly, ugly and poor, do you?

Some are born sickly, ugly and stupid i.e., Daley.

"Some are born sickly, ugly and stupid i.e., Daley.


well, he's looking sicklier and sicklier every passing day, he sure is butt ugly, but stupid?

i mean, nobody, but nobody, could possibly be as exceptionally stupid as daley routinely sounds.