Myths and Reality About People Who Carry Concealed weapons 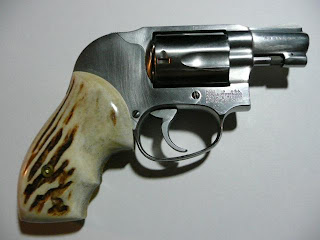 There are lots of people in our world that are overly concerned about law-abiding people carrying guns for self-defense. Their concerns are real but they’re driven by simple ignorance.

Most people who never carry guns know little more about them other than what they learn watching television shows or movies. The gifted people working in special effects have given mere handguns incredible and even magical powers. This is aggravated by ignorant or deceitful journalists who inaccurately describe weapons involved in news stories. Remember, sensationalism and exaggeration is what sells books, movies, and newspapers.

People shot don’t instantly lose the ability to continue their assault and more than 60 percent of those shot with any weapon survive. A handgun is little more than a tool that may give you or a family member a way to escape from an unthinkable event alive. I equate carrying a handgun to wearing a seat belt while driving. It only provides limited protection.

If you understand the limitations that firearms have, then you will know only too well that it’s far batter to avoid violent conflicts whenever possible even while carrying a gun.

Here are some myths and reality about the law-abiding with guns.

1. Packing a gun does not make anyone smarter, braver, taller or meaner. It does provide a legitimate method of self-defense in a society where violent thugs commit horrible crimes every day.

2. Guns are dangerous and will discharge on their own. Modern defensive firearms are redundantly safe and it requires intentional effort or recklessness to injure anyone.

3. Law-abiding people with guns will simply use them on others out of anger. The key words here are, law-abiding. We all have tempers but what separates criminals from the law-abiding is the ability to control one’s behavior.

Most Americans have a deadly weapon under their control for extended periods every day. That weapon is the automobile. We all get angry at other drivers but very few of us use our 3,000 pound vehicles to intentionally kill or maim. Thankfully, road rage violence is rare when you consider the number of vehicles present and moving on our streets. We do know that criminals use cars as weapons.

Everyone has legal access to gasoline and matches but few use them to hurt others. Those that do are criminals.

The fact is criminal violence is but for very rare exceptions are acts committed by people who are well-known for that kind of behavior. They start young and those acts get the attention of family members and authorities. Too many of these people are allowed to exploit the revolving doors of our jails and are free to inflict plenty of horror on others.

There are lots of laws that prohibit these people from possession and unlawful use of arms that are simply unenforceable in a free society. Criminals by their very nature don’t care about any laws.

Only the law-abiding care about the prohibitions and laws established by civilized society.

Denying the law-abiding the means to self-defense only enables the dangerous people we have allowed to roam our streets to victimize the innocent.
Posted by Paul Huebl Crimefile News at 8/01/2010 09:44:00 AM

Those are a rare set of Secret Service grips in Sambar stag made by Eagle Grips. India no longer allows the export of Sambar stag.

I designed the secret Service grip myself and Eagle Grips have lots of them in rosewood, buffalo horn and several other materials.

I was in a shooting with that very gun in 1987 that made the Ayoob Files in American Handgunner Magazine. I hit my target all five times after he assaulted me with a .45 Colt Gold Cup 1911. The grips were a huge help.

i want one of those that never runs out of bullits and sends the bad guys flying through the air.
traveling for 20 plus years i usually carried. saved me from a black gang in atlanta, a mexican gang in houston, a group of thugs in vegas, a wannabe gang of white punks in houston, a mexican gang in san antonio, a mugging in dallas, a mugging at a rest stop outside of abilene. i never had to do more than cock and aim. criminals want gun control. punks don't like equalizers.

Thank you for writing about 'Myths and Realities'. I don't carry one, but Hopefully more people will listen to Reason, instead of giving in to the popular Hoplophobia. :)

Im sure many have taken the Utah/Florida out of state carry classes.

But,I feel many have simply decided not to be a victim.