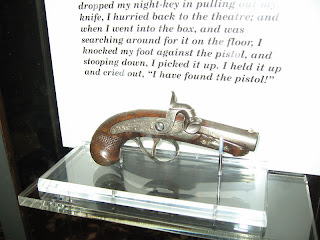 Washington, DC—The political climate in the USA is becoming red hot. Not since the Civil War has there been such division in this country. Today, Americans feel so betrayed by politicians that have turned against the Constitution they swore an oath to protect. That may soon be a very dangerous space for a politician to enter.

In America all political views expressed in thought and speech, are constitutionally protected.  Don’t confuse protected speech with actual deeds against our Constitution, form of government or way of life.  Creating law or government policy as a public official restricting American’s Constitutional rights can easily be considered Treason.  Stopping that notorious crime by any and all means including killing could be considered justifiable homicide.

I suspect that if any American citizen kills a wayward politician known for un-American activity as a public official, obtaining his murder conviction will not be easy.

Should an accused assassin’s motive for killing a politician be to stop Treason, guilty verdicts may be impossible to obtain.  That would be especially true in those Conservative regions of the country.

An assassin facing trial in one of the large Leftist run cities would most assuredly get convicted.  The same trial taking place in Conservative states would bring a mixed verdict at best.  There are too many Conservative Americans that would consider the assassination of many of our leaders a patriotic and necessary act because they recognize we are well on the road to Marxist tyranny.

Perhaps some wayward politicians might rethink their loyalty positions or simply resign. The days of Tea Party peaceful resistance may end soon.  That, as American patriots use the Second Amendment remedy our founding fathers gave Americans to deal with Traitors within our own government.
Posted by Paul Huebl Crimefile News at 8/15/2010 08:00:00 AM

Further, the Constitution says that Congress shall determine the punishment for treason, so I imagine that the current Federal law stipulates decades of jail time for treason. Squak about treason as you are campaigning against a treasonous politician, but don't kill him/her. Shooting politicians rather than voting them out is cowardly, lazy, and evil; that sounds like the qualities of corrupt and treasonous politicians.

Our constitution allows for rebellion against oppressive regimes like Obama’s and that means killing pure and simple to stop the overthrow of our Constitution.

If they do charge someone with murder particularly in Conservative jurisdictions juries will not convict. May I remind you of many a righteous murder cases in the South where White men have killed Blacks and have been acquitted by all white juries.

Voting against the Constitution is treason and if the prosecutors are controlled by the traitors and take no action the second Amendment remedy is standing by waiting for patriots to march onward.

Seeking to properly amend the Constitution through proper political means is not treason. The Obama Bolsheviks have not followed the proper path. You can't legislate the Constitution away without personal risk.

The Bolsheviks in our government commit treason at their own peril.