Hollywood Has Become A Film Wasteland 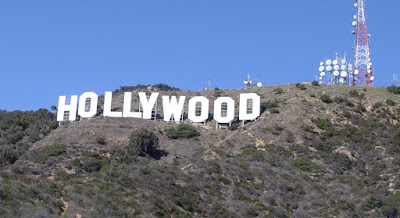 Hollywood, CA—They’ve spent millions making 3-D kids films, spectacular animated films and other assorted garbage. Then there are those unrealistic cop flops that distort reality in an attempt to invent action with pointless gratuitous violence.

The Death Wish and Dirty Harry franchise films had something today’s films lack, great writing that relate to the public’s frustrations with crime. Hollywood hates those films because of they are politically incorrect and may foster Conservative public policy by influencing voters.

There are a lot of great actors, writers, producers and directors in Hollywood that are not the bed mates or close family of and are simply ignored by the talent agents. It’s the talent agencies that decide what films will be made and who will be attached to the film’s food chain. It’s all about incest rather than talent.

The four largest talent agencies believe that their publicity machine can make nearly any clinker profitable. There is truth to that since half of the film’s budget is spent in advertising. That $20 million film only cost $10 million to produce and $10 million more to sell it to consumers. Like the Engineer from that play, Miss Siagon said, "In America you can sell shit and get thanks."

The problem is nearly everything produced today is crap. There are few exciting projects out there since the talent agencies are so mired in nepotism and corruption. The agencies will only green light films generated within their own stables since they get a generous cut of every, actor, director, producer, writer and cinematographer’s paycheck.

Getting a significant film produced outside of the agencies is damn near impossible. Finding a good film in a neighborhood theater is even more difficult.

In utter disgust I’ve only been watching old films, some made more than 50 years ago because they have what today’s films lack, substance.

As for that classic film there were no special effects, so expensive sets, just a great story brought to life with wonderful actors and their crew. It was a period piece so cars, costumes and props took some additional extra effort.

To Kill a Mockingbird is still earning money today, decades after it hit movie theaters a half century ago. Back then it was the studios that ran Hollywood rather than the talent agencies.

Okay folks give me the name of three films that you’d want to watch more than once, that was released in the last two years? I rest my case.
Posted by Paul Huebl Crimefile News at 8/15/2010 04:15:00 PM

hopefully Smutville, aka. Hollywierd, will soon fall off into the ocean, never to be seen or heard from again, along with all its Queer and commie celebrities.


The Curious Case of Benjamin Button

I think some of those films go back more than two years. Of those Inglorious Bastards I watched twice and Taken was also pretty good and I suspect I will watch it again some time. The rest were okay but nothing that rang my bell.

Remember that famous scene in Dirty Harry where the mayor (John Vernon) tells Harry "I don't want any more trouble like you had last year in the Fillmore district"? Imagine a pair of metrosexuals like Brad Pitt and Ryan Philippe doing that scene.

"Imagine a pair of metrosexuals like Brad Pitt and Ryan Philippe doing that scene.