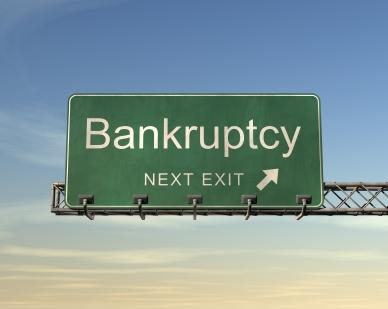 The pensions of thousands of workers including cops and firemen are seriously underfunded. Other economic woes threaten the funds even further and the result could involve Bankruptcy. The plans can file for Chapter 11 and that would allow them to submit a plan that reduces payment by 50% or even more. That with the inflation we can expect will wipe out the purchasing power of the retirement funds.

Retirees have a bleak future that could financially devastate families plunging them into abject poverty. That is happening as the Social Security Ponzi Scheme has run out of other people’s money and government officials are trying to determine just how benefits must be cut.

The children of the retirees are already in debt up to their necks and won’t be able to do much to help out. This frightening picture is a Socialist dream, come true since they will use the crisis to sell their Bolshevik garbage to people that are suffering and hungry.

I don’t expect the men of the Baby Boomer generation to gracefully take this kind of punishment. They are for the most part well-armed and trained and have little to lose by violently resisting Socialism. The reality is they will efficiently and proudly kill Socialists at this stage of their lives as they defend and protect the American Constitution. If there is going to be any redistribution of wealth it will be with dead Socialist’s assets through the spoils of Civil War.
Posted by Paul Huebl Crimefile News at 8/29/2010 06:25:00 AM

People remember Wisconsin Steel and the other steel companies that were not underfunded but the pension plan went under and the pensioners got like a 25-33% of their defined benefit. There is no ERISA for government workers and some municipal pension plans could be bankrupt in the next five years. Please remember all those end of term raises for school management and town management will only help accelerate the insovency of these plans.

Patrick Fitzgerald needs to get away from prosecuting the Cozzi's and Blago's and look at the pension funds. Crooked politicians, their friends, and family members have had their hands in the pension fund cookie jars for far too long.

You Sir are a mind reader.

"Patrick Fitzgerald needs to get away from prosecuting the Cozzi's and Blago's and look at the pension funds."

This should have happened decades ago when the politicians first started stealing from the pension funds. There needs to be checks and balances when it comes to people's retirement funds. For example, if you as a citizen are not allowed to opt out of Social Security, then they should be forced to pay when your retirement comes around. If they force you to stay in the plan and then say sorry, we're broke, then someone needs to be taken out back and shot.

Unfortunately Patrick Fitzgerald is part of the problem. There is nothing legit about him, the US Attorneys office, the FBI or any other federal agency involved with law enforcement. I think it is too late we the people sat back and enjoyed our little piece of the pie while those in Washington ran all this into the ground. Good luck and God Bless but there will be many pissed off retired coppers who are well armed looking to blame somebody for their failed pensions.