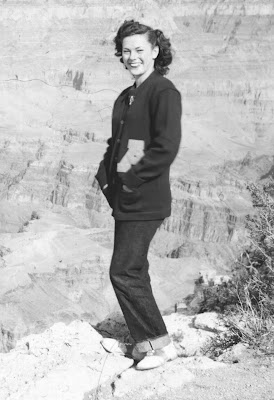 Boulder, CO--People love to assume murder in the case of a missing woman. That goes double if the perception of the missing woman’s significant other appears to be a womanizer or jerk.

I never understood why so many people anxiously wring their hands and become angry when a police investigation does not lead to an arrest when there’s no body or corpus delicti.

If no dead body can be located or if there is one but the cause of death cannot be determined you can’t assume there was a murder. You can’t then take the next giant step and accuse someone of the most serious crime we have on the books.

Paul that was a great point. thankfully no one was charged.

Another point is that people have the right to just go away and become missing.
Sounds like a great idea.

I wonder if this lady knew that she became a murder invest?

Now who was the Jane Doe the boys found?

Now who was the Jane Doe the boys found?

PAUL, THIS IS ANOTHER REASON WHY I BELIEVE THAT IMPRISONED RETIRED BOLINGBROOK, IL; COP DREW PETERSON WILL WALK AT TRIAL. THE STATES ATTORNEY OF WILL COUNTY SHOULD HAVE NEVER INDICTED THIS GUY SO QUICKLY, UNLESS HE HAS SOME VERY DAMNING EVIDENCE THAT WE DON'T KNOW ABOUT. I BELIEVE IT WAS DONE FOR POLITICAL REASONS. ALSO, HOW DO YOU ARGUE IN COURT 2 CONFLICTING CAUSES OF DEATH FROM THEIR OWN WILL COUNTY PATHOLOGIST AND CORONER? REASONABLE DOUBT? NO BODY RECOVERED YEY? HE WALKS, IN MY OPINION, WHETHER OR NOT HE DID IT. PATRIOT

The Jane Doe has never been identified.

As for prosecutors having evidence not disclosed to the defense attorneys…

Hiding evidence that would help Peterson is another matter. Prosecutors are not supposed to do that but they always get away with it when they do.

Drew will walk, theres no doubt about it.Theres no proof and the State is frustrated. Its all about making a name for yourself in this case. Case in point Lenny & Paula that have a book coming out by the same group that did Hoseys book. Sharon also has made tons of money and now is in trobule with the tax people for not filing the proper paerwork & spending all the money from the fund raising, now she refuses to give the boat for the search going on today. Yep it all bout 5 seconds of fame and selling Drew down the river.

Drew may or may not have done it, but certainly he's NOT GUILTY BEYOND A REASONABLE DOUBT.