Cops And Robbers IS Gun Art At It’s Best… 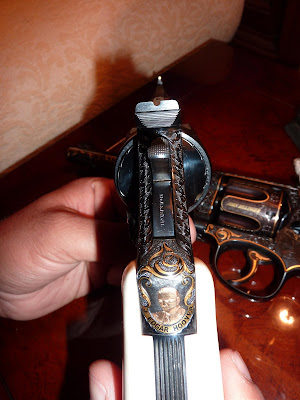 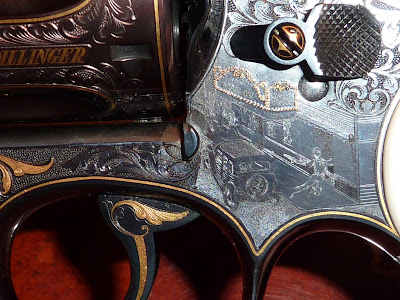 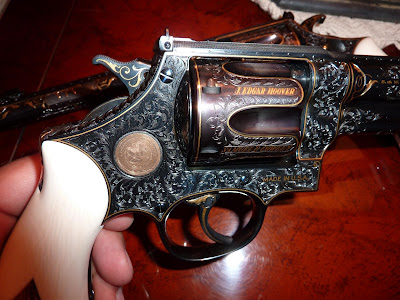 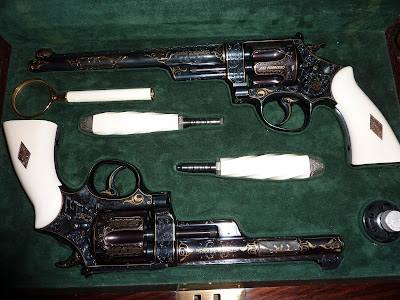 Gun as art had seemed to have had its heyday in the 1970s. A lot of historic guns were engraved and are priceless today. There are engraved guns that are not so special, and there are the Rembrandts and DiVincis that belong in a well guarded museum.

In the 1970’s a private collector had two unfired and perfect early manufactured blue Smith & Wesson, Model 27s in .357 Magnum caliber. These were chosen for this art project of a wild imagination. That was the gun chosen by J. Edgar Hoover’s G-Men of the FBI. A large frame gun that could handle the increased pressures of the Magnum cartridges used to penetrate the vehicles of the infamous motor bandits of the Great Depression.

John Dillinger and a short list of bold bank bandits were hunted by the FBI. The crimes were indeed notorious and they inspired an endless stream of books and movies.

They also inspired the Leonardo DiVinci of gun artists, Leonard Francolini to create one of the finest masterpieces ever made. Francolini is undisputed as the best engraver ever to work at the Colt Firearms factory in Hartford Connecticut.

Francolini was on his own being commissioned by the wealthiest gun collectors in the world to do his magic. In that era, Cops and Robbers was born.

The pair of exquisitely engraved revolves represent both sides of this story. One revolver is dedicated to the Robbers and the other to the cops hunting them.

Gold inlay is profusely used to recreate faces and places involved in this rich historical period. The artisans of Eagle Grips of Carol Stream, IL partnered with Francolini creating the elephant ivory grips, accessories and the hand carved, rosewood case that houses this one of a kind pair.