Obama Can And Should Be prosecuted And Removed From Office 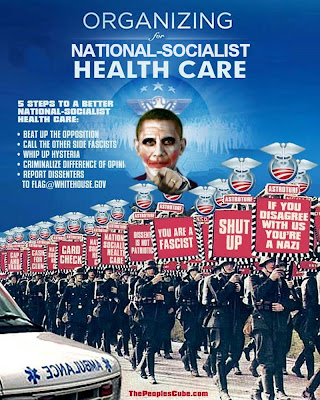 Washington, DC—Fox News exposed this criminal activity and they have continued to uncover a serious theft of public funds. It all began with a massive spam e-mail from the Whitehouse authored by Barack Obama’s Propaganda Minister, David Axelrod. Obama was campaigning for support of his Socialist health program.

Fox News reporter, Major Garrett asked about the spam e-mail messages sent out by Axelrod to campaign for Obamacare at a Whitehouse news briefing. Garret was treated like a skunk at a picnic over his persistent questioning and now we know why.

The problem was and is that taxpayer funds were diverted from use in legitimate government functions to a political campaign pushing the hostile takeover of the health care and insurance industries in America. That was theft pure and simple.

The Whitehouse paid our tax money to a private firm, Govdelivery to spam the nation with unsolicited junk e-mails promoting Obama’s political agenda. In addition to the Obamacare fiasco they used public funds to push Supreme Court Candidate Sonia Sotomayor’s Senate confirmation efforts. This was nothing short of a major theft and an impeachable offense.

The Obama Administration has adopted the idea that since they won the election they can do whatever they want with reckless abandon. It’s time to put the brakes on this lawless bunch of traitors and send them off to prison.

Well said Paul........They are nothing but Chicago Machine Thugs, that know how to play the system. America hasn't dealt with chicago machine like we have. They are getting a taste of it now. I hope America wakes up before it is too late and we have a Shortshanks in the White House forever!

Rumor mills were that Obama was bi-sexual. It would have been inappropriate to spread that rumor. However this week I heard Pastor David Manning (a black conservative Christian) sing about it in his below video. Manning sung about Obama having an affair with a Larry Sinclair.

This has now been confirmed. Larry Sinclair (an admitted homosexual) has confirmed this rumor to be true in his below press release with his attorney. He revealed that he has orally copulated Obama while Obama was a State Senator. He also disclosed Obama’s Cocaine habit. That is contrary to Obama advising he had not smoked crack cocaine since he was a teen. We should commend Sinclair for his courage, as it may cost him his life. Pray for his salvation as well (we all need it.) Below are two 10 minute videos. Please tell the world.

Manning Speaks Out About The Mack Daddy (Obama)
http://www.youtube.com/watch?v=Za7rrFJ4zUw

He probably should be impeached, but, for now, his bumbling sure is entertaining.

Why doesnt the annointed one explain EO#13489??