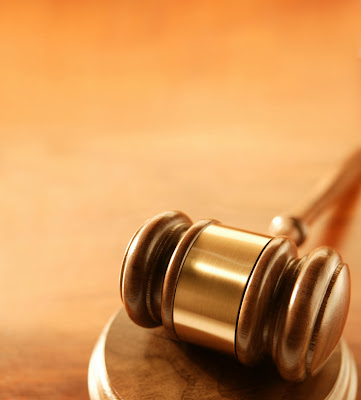 You hear the medical community and insurance industry incessantly carping and whining for Tort Reform. The title itself is incredibly misleading. It should be called what it is, The Insurance Company Protection Act.

A tort is an act that injures someone. There are accidental torts and intentional torts. An automobile accident involving simple negligence is a tort. So is an act of libel, assault, or even murder. In this mix are dog bites, construction accidents and the surgeon who amputates the wrong leg.

Most people cannot afford lawyers to force those responsible to pay for the damages they have caused. Usually there is a liability insurance policy involved and insurance companies are in the business of collecting premiums and doing whatever they can to avoid paying claims.

For the average working American the legal community invented the contingent fee arrangement. The lawyers front the sometimes huge expenses related to bringing your claim to court and charge you nothing unless or until they prevail on your behalf. A working man who was injured through a tort may be unable to work and have zero income can pursue his claim even though he has no money.

When and if you prevail in court, the contingent fee lawyer charges one third or more of the final award and the lawyer is entitled to recover the costs they advanced on your behalf.

The alternative is to pay a lawyer’s hourly rate and all of the costs for experts, court reporters or whatever else it may take to prove your case to a jury.

The Insurance companies want absolute caps on jury verdicts and awards. The real effort here is to destroy the contingent fee system altogether. The people who can’t afford to pay $50,000.00 up front to a lawyer will be denied their day in court. Insurance companies will rarely ever be forced to pay claims. That is the real goal of those pushing Tort Reform.

The fun part of Tort Reform is when your own insurance company does not pay up for your valid claim. There will be no contingent fee lawyers to go after them on your behalf.
Posted by Paul Huebl Crimefile News at 8/22/2009 03:10:00 PM

Email ThisBlogThis!Share to TwitterShare to FacebookShare to Pinterest
Labels: justice

Six months ago, I had jury duty at the Daley Center. The judge and attorneys interviewed the potential jurors. The vast majority of them (probably 90%) felt that the claim was just an attempt by the plaintiff to get rich quick. Plaintiff's attorney was real unhappy.

Gotta disagree with you on this one, Paul. I'm for tort reform where the loser (or his attorney) pays the legal fees of all parties. No more ghetto lottery.

Your idea of Tort Reform for the loser to pay is the law in most states.

That's not what the so-called tort reformers want. They want awards to end with only a paid hospital bill no matter what was inflicted against a victim.

No lawyers will get involved and the clames will never be paid.


The founding fathers got it right. Let the juries do thir job.

Not every victim is some ghetto slimedog.