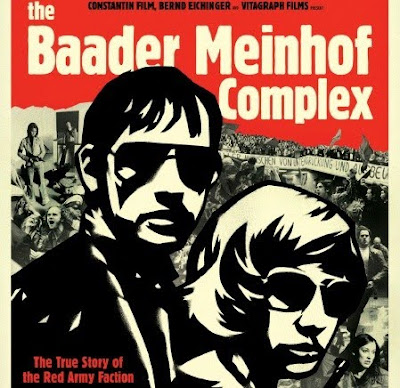 Frankfurt, Germany—When I was serving as a medical corpsman in Germany I was relatively safe from combat injuries or death. There were a few GIs that were not so lucky. They were killed or wounded by a diabolical group of Marxist revolutionaries led by a young couple, Andreas Baader and Ulrike Meinhof.

This group later became the infamous, Rote Armee Fraktion or in English, Red Army Faction. They were responsible for nearly 300 bombings during their existence.

I knew some radical kids my age in this country I’m so fond of even today. The kids were wrapped up in the politics of the day but thankfully they were more moved by music, romance, persuing education and their wonderful youth. I never once feared the radical kids because they were indeed my friends.

Baader-Meinhof was very active while I was there 1968-1970. They blew up an ammo dump near my barracks and one young soldier was killed. I would have been required to perform guard duty there but was exempted because of my duty status as a medic.

Baader-Meinhof was nothing more than a bunch of boys and girls caught up in a totally bankrupt political ideology. They should have stayed in school, married and had kids of their own.

There were some horrible things that happened including the destruction of so many of their own lives. The whole Baader-Meinhof story was violent and troubling but none the less historical. Now they have released a film that I can’t wait to see.

Thank god for the GSG9!!

I was stationed in Frankfurt from 74-76. The Baader Meinhof gang also set off an explosive device in an elevator near a crowded hallway at the IG Farben Building, which was a US Army Hq building at the time. If I remember correctly, there may have been fatalities as well as injuries. Bunch of cowards, much like the terrorists who plant IED's or use children or women as suicide bombers.