Illinois and the War on Gun Rights 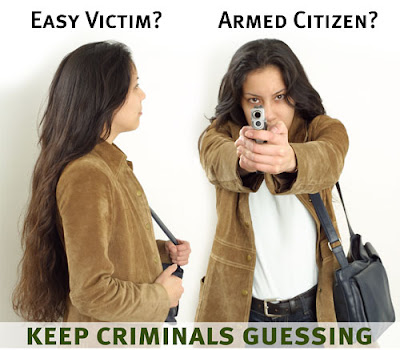 Chicago, IL—It began here in 1968 after the assassinations of Senator Robert Kennedy and Martin Luther King. Some people actually believed that restrictive gun laws would somehow prevent criminals from committing murders. They began a campaign in earnest to repeal the Second Amendment. A one-sided propaganda war was waged by the Liberal media.

Gun-rights haters created a media crisis out of those two killings that were the result of a somewhat divided nation. The Viet Nam War was an American loyalty test. Americans including Kennedy and King failed that test as they chose to support the Communist regime of North Viet Nam rather than those seeking freedom. That as people actually spat upon our young military veterans as they returned home from that war.

The gun rights haters turned their scorn on gun owners and did all they could to label them as disturbed, dangerous and violent. They spread a phony message that guns were only meant for one thing, killing. People believed the phony propaganda, not taking into account all the violence prevented and lives saved because law-abiding people were armed. The mere display of a gun has sent many a cowardly predator running for their lives without a single shot being fired.

Gun ownership became politically incorrect and was barely tolerated for those horrible hunters that want to thrill-kill helpless game animals. The gun haters will never take the time to understand conservation and the reality that we have healthy game in America because of the hunters.

Mayor Richard J. Daley spearheaded the gun legislation with a state Firearm Owner’s Identification card and total, but free gun registration. Daley and the other politicians promised that they’d never charge for the Registration. Gun owners of course knew that was just another lie.

The U.S. Supreme Court soon ruled twice that convicted felons cannot be charged with failure to register themselves or guns! The Court held that making felons fill out registration forms violated their Constitutional rights against self-incrimination since they can’t possess a gun in the first place. The entire reasoning for the new gun laws went right out the window!

The gun laws were enacted and the law-abiding gun owners followed them religiously. Criminals were emboldened by the campaign they knew would protect them as the robbed, raped and murdered. Almost to the day the laws were passed violent crime and murder of cops began to skyrocket.

Mayor Daley also appointed the first ever Gun Czar, General Francis P. Kane of the Illinois National Guard. Kane promised to help bring an end to gun violence as he enjoyed his ability to hold news conferences and display weapons seized from Chicagoans.

Chicago police began seizing weapons with little or no excuse. If the person wanted their gun returned they’d have to hire a lawyer and sue. The cost to recaim a gun was much more than that of the gun itself. Thousands of guns were taken without anyone being convicted of anything at all.

Apparently the new Gun Czar liked the seized weapons and began a curious program where he begun using them for training National Guard soldiers. Kane helped himself to thousands of seized guns.

It turned out that the new Gun Control Czar had a side business of selling the seized guns to Chicago street gangs! They indicted him under state charges and he never spent a minute in jail after they plead him out to a minor crime. Daley never filled the vacant Gun Czar position again.

The useless gun laws became a way of life. The push for more bans succeeded in the City of Chicago as in other areas. Violence increased with each new ban!

Kleck found that millions of serious crimes were stopped by law-abiding gun owners without shot being fired. Police only recorded the rare times gun-owners shot criminals. When criminals were shot by victims or cops, police always included the justifiable shootings as either homicides or criminal wounding events.

Lott found that in jurisdictions with heavy personal gun ownership there was less crime! Lott’s book, More Guns Less Crime documents the abject failure of gun laws and gun bans in America to do more than create a population of unarmed victims for criminals.

Those, use of force cases were usually decided in favor of the permit holder and the permits were returned. Right to carry has not had an adverse impact on crime or violence. The violence in the Right to Carry States never increased and in most cases decreased.

Right to carry has leveled the playing field for the law-abiding. They now have a chance to fight and survive. The gun bans have proven one thing and that’s that only the law-abiding obey them. Gun control works well against the law-abiding and has no effect on criminals.

Remember the Fourth Amendment prevents police from searching people, their cars and homes for weapons.

Illinois is at a crossroads of sort. Right to carry legislation is becoming popular there too. The Supreme Court’s Heller and McDonald cases have made it clear, that state and local governments must not infringe on the Right to Keep and Bear Arms. Bear as in carry!

No politician or appointed political hack should ever have the power to interfere with the right of an American for defend, himself, family or country. That right was given to us by our creator.
Posted by Paul Huebl Crimefile News at 3/28/2011 04:29:00 AM

I agree with the right to carry. I live in Indiana and have a conceal carry permit. I believe much attention has been given to the carrying of guns for protection and believe it is time to bring in the pros. By that I mean the people who shoot in competitions and shows. In the old west they had people put on sharp shooting exhibitions and the whole town would come to watch. To these people going shooting is like going to play golf to others. It is a sport and the more you practice the better you get as in most sports. If you compare competitive shooters to golfers I see no difference. There are pros who travel the country competing in both. You also have friends who get together on a Saturday morning and go out and practice or play how ever you look at it. I myself have watched people in competitive shooting matches and am astounded by their accuracy and quick reflexes. Unlike golf though a competitive shooter will hit the bulls eye 99% of the time where the golfer might go his whole life and never get a hole in one. I believe the sport of competitive shooting is one that has been sorely neglected by the media and that trend should end. I have four daughters. I have taken everyone of them and taught them at a young age a gun is not a toy and how to use it. Never took them golfing. The little I did teach them might save their life some day but I don't believe golfing ever will. This is a sport to many and I believe that aspect should be played up more.

Illinois is following the Nazi/National Socialist playbook to a tee.The hide behide the color of the law to enforce evil agendas.They hire the worst possible people for govenrment jobs and take extra special care of the inside track club.

Great post. I live in new York City where the only people who have guns are the cops and the crooks. I can't walk down my street at night without having to walk into the street and around thugs with guns tucked in their belts who block the sidewalk so nobody can walk past them. Every night we hear gunfire. Two weekends ago a man was shot and killed in the bar directly below me.
However, we have a mayor who this winter, used NYC cops to set up a 'sting' operation at an Arizona Gun Show. Arizona! I've lived in states where most of the people own guns and carry them openly and you know what?... low crime.