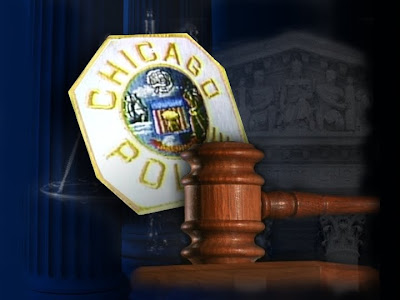 Chicago, IL—There may have been a time when prosecutors protected cops from even valid allegations of criminal conduct. If that was the case, the pendulum has swung the other way, and with a vengeance.

The current Cook County State’s Attorney ran on a political platform promising her police hating constituents she’d relentlessly prosecute police abusing their badge. That seems to indicate that she wanted to treat cops unequally and to a more punitive extent that other citizens. That seems to be the case with the way cop’s cases are handled in this administration.

Prosecutors can count on Cook County juries within the First Municipal District of Chicago to be heavily stacked with police hating minorities. Knowing this is beyond unsettling to any cop trying to get a fair trial in Chicago.

Any Chicago cop sent to jail or prison would be in constant danger as inmates would most certainly stalk them. Since the Illinois correctional system’s population is 95%, non-White, a White Chicago cop is assured massive additional punishment on account of simple race and occupation. That extra-judicial punishment comes from inmates, not properly controlled by the short staffed prisons.

Chicago cops and their families fear this and that results in many destroyed careers and needless felony convictions. That’s because the officers plead to bogus charges simply to avoid the specter of constant sexual assault or being stabbed to death in prison. They will accept any punishment short of being incarcerated and subjected to constant horror. Believe it, when I say prosecutors take full advantage of this situation when they offer plea agreements to accused cops.

Chicago police officers sometimes can get free representation from the lawyers working for the FOP. They fail for the most part because they are too often lazy, uncaring and ineffective. I have never seen a case yet where an FOP lawyer had bothered to obtain the needed assistance of a decent criminal defense investigator.

The FOP’s criminal defense money would be better far spent in the form of a cash grant to officers for the representation of their choice. Cops may find themselves better off with public defenders that at least have massive experience with serious felony cases. The rub here is they have heavy caseloads and suffer from a lack of resources. Innocence seems to motivate public defenders because they infrequently are assigned to represent anyone but extreme losers.

I like it when an accused is represented by the public defender and I’m hired to assist them separately. These too often underrated lawyers love the things I’m known for doing like taking a wrecking ball to the state’s case exposing one lie at a time. Cops needing lawyers seem to pick whet they believe are cop friendly or get their names in headlines. That's nearly always a poor choice. Accused cops need to make better informed choices of lawyers that get innocent clients their lives returned. That’s not an easy task in the laid back Cook County Criminal Courts.

Cops needing a criminal lawyer need to get recommendations from almost anyone other than a working cop! Cops in trouble need top criminal litigators and investigators especially if they are innocent or vastly overcharged.

Run like Hell when the lawyer says, “Don’t worry about a thing kid, bring in that hefty retainer and we will get you off.” The days of Dean Wolfson are gone, probably for our current lifetimes. Promises are easy, not cheap and usually broken. Justice, especially for a Chicago cop may bankrupt an entire family.

Everyone somehow believes that an acquittal will somehow bring a financial payback. Nothing could be further from the truth. It happens but it’s usually a rare event.

The Case of Chicago policeman Bill Cozzi has given every cop a clear warning. Administrative Rights protections are no longer enforceable. Do not under any circumstances say anything to investigators without having a decent criminal lawyer at your side. You may lose your job but that beats a prison term and felony conviction any day

Garrity rights went out the window because of CPD.This was mainly due to a couple of copper DUI cases and the Illinois Courts said Garrity doesnt apply.

Garrity warnings were give,"adminastrative breathalyzer was given" and that evidence was later used in crimminal proceedings.