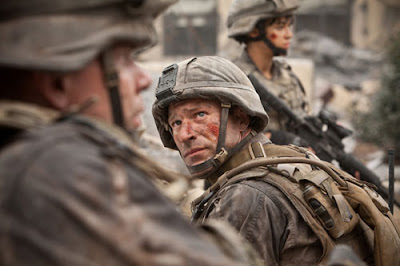 A guess this film is about space invaders rather than the much more likely revolt of the Entitlement Zombies once Barack Obama’s checks start bouncing.

They’re getting ready for the star’s arrival and hordes of autograph seeking fans.
See the preparations and below that is the actual trailer for the film. I will be on the plane bound for Europe during the premier and I think I will wait until this film hits Netflix.

"revolt of the Entitlement Zombies"

LMAO, unfortunately I believe you're getting it right again. Eventually the govt cheese is going to have to be reigned in a bit. And a whole culture of adult spoiled five year olds with little impulse control will throw a fit. By the way can I use your phrase.

Going to see it Tuesday.

Today is Tuesday and I went and saw the movie. It was good, not corny and played well.

Will there be another installment?

The dollar is going to tank. Then watch Battle USA in every town and neighborhood.