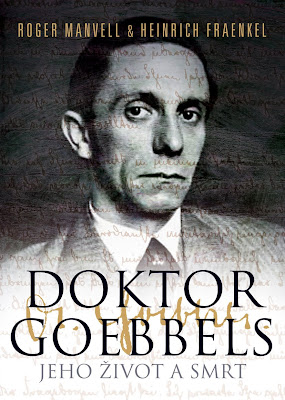 Berlin, Germany—Recently Barack Obama’s former Chief of Staff and now the mayor-elect of Chicago, Rham Emanuel said, “Never let a good crisis go to waste.” That savvy remark was made by a very accomplished politician and campaigner. Such was Adolph Hitler’s Minister of Propaganda and Enlightenment, Dr. Paul Joseph Göbbels.

Göbbels was a well-educated educated genius that knew how to shape, contain and exploit public opinion as efficiently as anyone in history. Göbbels played the new media of broadcast radio like a violin as he managed to operate this superb new tool to control very thought of the masses!

Here at home Franklin D. Roosevelt and his political cronies did exactly the same thing to a lesser extent. The famous Fireside Chats kept America spellbound as he waged his own propaganda war.

Today every Hollywood press agent of political campaign manager must understand how to create and exploit any kind of crisis to get exactly what they want. Yes, the old publicity stunt can work wonders.

A few years back an ageing Carol Channing was appearing in a Los Angeles show. She needed to sell lots of tickets but her star had faded and she really needed a publicity boost. This is where sharp publicists earn their bread.

As the show was being promoted these was a high dollar theft in L.A. and the victim was none other than Carol Channing. Police were investigating the claim that her designer dress studded with real diamonds was stolen from the hotel. Needless to say if brought out all of Hollywood’s news organizations that informed absolutely everyone that Carol Channing was appearing live in Hollywood for a stage show. The obligatory coverage of the dress caper and photos and statements from the LAPD were secondary to the free publicity the ticket office obtained. This was only part-one to this saga.

As for part-two, as the show was winding down and more tickets were needed to be sold, the stolen dress was found! Imagine that! It seems a homeless man found the dress, knew it must be Channing’s and returned it! The media circus was on again and Channing’s show was extended! Of course, I have absolutely no evidence that this was not more than a coincidence. But go ahead and, you can be the judge on that one.

For politicians the tricks are the same. As the Weimar Republic was struggling with their defeat after World War One, and the Great Depression every politician was fighting to control Germany. There was no shortage of political parties and people ready to exploit the treasury, limousines and prestige of high political office.

The National Socialists under the leadership of Adolph Hitler were competing with the Communists to rule Germany. Both parties were identical in their Marxist based redistribution of wealth platforms. Each party offered a slightly different flavor of Socialism.

Who would the hungry people of Germany trust to lead them out of their financial mess? Neither party had sufficient votes or public support needed to win. That’s where a crisis was and a way to heroically overcome it was needed.

The Reichtag was and still is the Capitol building for Germany. It is the home of the Parliament and government political apparatus. Across the street was another government building where the Nazi Party’s military political leader, Hermann Göring had an apartment. Beneath the street there was a tunnel connecting both buildings.

On, February 27, 1933 an arson fire broke out at the Reichtag and the Nazi wasted no time on blaming the fire on the Communists. Soon a Dutch Communist, Marinus van der Lubbe along with four others were framed for torching this venerable landmark. 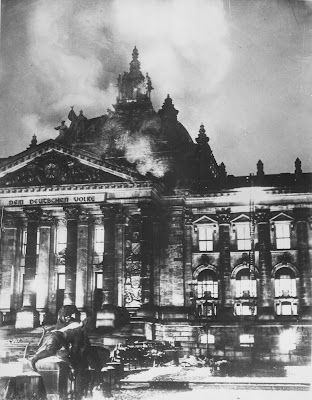 The Nazis were able to convince the people of Germany that the Communists were plotting against Germany. This was the crisis that Hitler needed in order to win absolute power in Germany through a special Emergency Decree to combat the new Communist threat. Civil rights were suspended so they could immediately round up and deal with the Communists.

Liberty never returned to Germany for 12 long years as Hitler led Germany into a massive world-wide Apocalypse. Before it was over, 50 million human lives that included six-million Jews and Gypsies along with nine-million Germans were needlessly lost.

Hitler was evil but his evilness was somewhat over-rated when compared to other despots. Hitler had more efficient, state of the art technology for murdering the innocent. The deeds of the Nazi agents were meticulously documented for posterity. Any despot leading a major nation could kill more efficiently today if given absolute power. One-party rule anywhere is always dangerous.

A good government is one that operates openly with lots of vigorous debate. If your, City Council, County Board, State Legislature are all in agreement dangerous and evil things are assuredly happening.

In every nation on earth there is some politician with the desire to control and own every country on earth. These evil would-be despots all have charisma, charm and a nice smile. They have all learned from the great despots that preceded them and that what’s past is prologue. They have all learned to never let a good crisis go to waste.
Posted by Paul Huebl Crimefile News at 3/24/2011 05:04:00 AM

Nevertheless, rape has always been and will always be a political weapon in the hands of the Communists. When the Russians entered Berlin at the end of World War II, Stalin gave his troops a command “To wash the saw-dust from the wombs of the German women”…

The result was one of the century’s greatest crimes, the rape of Two million white women by the Red Army mostly non-White troops from the Far East and Central Asian Republics of the Soviet Union. All women between the age s of 8 and 80 were violently raped.

Speaking of evil. Morris Dees of the Southern Poverty Law Center will be speaking at Augustana College in Rock Island, Il., on March 31 at 10:30 A.M. in Centennial Hall. His topic? White privilege! Yep. White privilege. I went to Harrison High, which was a couple blocks north of the Cook County Jail. I grew up in the Heart of Chicago neighborhood. Sorry, they forgot to issue me my dose of white privilege.

DOCTOR GOEBBLES HAD A IQ OF 165