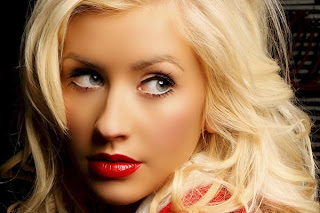 West Hollywood, CA—While most of us slept last night, singer Christina Aguilera found herself under arrest and booked into jail for public intoxication .

The singer’s boyfriend was stopped by Sheriff’s deputies and arrested for DUI. Aguilera was simply a passenger in the car. I have a huge problem with this arrest. Since the singer was inside the car sitting I’d suggest she was not appearing on a public way in a state of intoxication until she was ordered out of the vehicle by the deputies.

There is no question that the deputies had responsibility for the safety and well-being of the allegedly drunken singer. But she could have been handed over to a sober friend or relative rather than get booked in the slammer!

The way I see it there was no crime since she was sitting in a car at night. Nobody could possibly tell whether she was sober or intoxicated to become offended by that sight. Things however changed when the cops forced her out to public view. The deputies created the crime for which Aguilera was arrested.

Celebrity justice means that the cops, prosecutors and judges involved in celebrity cases get fame. Perhaps this time the fame should come in a form of a whopping judgment for the violation of Christina Aguilera’s Civil Rights.

Update: An L.A. County spokesman has said this morning that she was arrested for safekeeping and there will be no prosecution referral to the DA’s office.

We used to make “safekeeping” arrests in Chicago until the Federal Court deemed that a Civil Rights violation. I think what happened is they got some needed legal advice and now want to cut their losses. Oooops! This ain't Mayberry and this was not Otis arresting himself!

Paul - do the LA Cops have a unit whose job it is to just follow celebrities around and wait for them to mess up? It often seems like a lot more than coincidence!

those cops in LA are something else. I hope she files a 1983 action for false arrest.