Hiring and Promotion for The Chicago Police Department is a Disaster 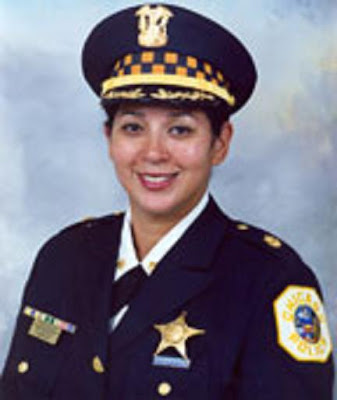 Chicago, IL—It began in the 1970’s when it became obvious that Chicago educated African Americans and Hispanics were not literate enough to pass the police civil service examinations. Lawsuits were filed making claims that the tests were culturally biased. This notion was in vogue with the political left. The testing as we knew it was scrapped.

Yes, the department really did not hire very many woman and the ones they did were either Matrons for the lockups or Policewomen for the Youth Division. There were no rank promotions after that. It was generally accepted that women were the weaker sex and could not have presence and appearance of a strong man for those difficult people police must deal with. Others feared the day when our daughters would be killed in the line of duty just like the men.

Frankly the women had to compete with thousands of women for a handful of positions so academically they were for the most part brighter and better educated than most of the male officers.

The real cultural issue was simple enough. African-Americans in Chicago were not motivated to succeed in school or do much more than collect entitlements. That was and is Chicago's African-American culture. Should some ghetto dwellwrs change their minds at age 20-21 it’s really too late to re-enter school to learn the basics and failure with poverty is the hand they’re dealt.

White males were left out in the cold unless they were politically connected by blood or at least bed sheets.

The Socialists running the city turned over hiring and promotion to neighborhood political strongmen. That includes the local reverends.

I was asked tonight if Commander Penny Trahanas better known as Hennypenny was qualified to be a District Commander. My response was simple, I don’t know since she’s not been tested. We don’t know if she is smart or literate enough. She does however, apparently have the right political sponsor.

As for her personal life it has proven to be a major embarrassment with criminal charges and now a child abuse complaint.

Trahanas' wisdom for allowing assorted vagabonds, and beggars the run of the Harrison District to me is both appalling and dangerous.

As for the pending matter with Hennypenny’s teenage daughter, that’s why we have Due Process. That being said, a police commander has to avoid the appearance of improperly. In that regard she has failed.

Update: There are now published reports that Commander Penny Trahanas has abdicated the District Commander’s Throne in 011. At this point giving up her gold star will cause her to revert to the rank of captain and this will result in her reassignment in some other unit. Retirement may hold a better option for her in the long run.

This will improve things for the beleaguered Filmore Rangers formerly under Hennypenny’s command in the short term.

As for Captain Trahanas, she deserves full due process and punishment to harsher than any other officer if she has been found to have violated laws or departmental rules. Immunity for the chosen few should become a thing of the past.
Posted by Paul Huebl Crimefile News at 3/04/2011 05:30:00 PM

Didn't Jennifer Beals get promoted to Superintendent?...oh wait a minute, that was another FOX terrible show. Sorry

Affirmative Action. Good old CPD when I came on it was 1/3 white male, 1/3 black male and 1/3 female. So the white males were all guys who scored in the top 10% and the rest of the class were all minorities who scored 20 points lower. Never got my veteran points because at that time Vietnam Veteran was a bad word. Then made Sgt but never got my veteran points then either because Chicago and the CPD said those points weren't fair to women because they weren't getting drafted like some of the guys did during the Vietnam War. I enlisted and volunteered but that never did matter. Then I took the Lieutenants test and scored good enough to get promoted but..... CPD started this thing called Meritorious Promotions. So I watched my good score not matter because 30% got Lt. bars meritoriously and I got passed over. So Penny was a product of all this Affirmative Action and Meritorious promotions. I actually remember her as a PPO in 015 and was a Sgt when she was a new Sgt in 015. Just another fine example of why clout and affirmative action will never give the CPD any good bosses but as we who work there always knew the City and the CPD never wanted good bosses on the job just yes men and women with clout.

Karma is a bitch Penny and normally I never enjoyed a fellow copper going through something like this, but you never were the Police and you were promoted way past your competence level and now it shows. Can't wait to see you in your orange jump suit where you belong. I realize at this stage of my life that if I live long enough I will see justice prevail and I will see more incompetent non deserving over promoted idiots like Penny take the long hard fall.

One guy on Midnights just drives the wagon because he can't read or write.

Its the Chicago way!!

Anonymous said...
One guy on Midnights just drives the wagon because he can't read or write.

Paul, as a Sgt. on the job who has seen these types of allegations and criminal charges against police officers, I have to question when Hillard will take the same action against Penny as he would against officers with no "clout."

IAD should have pulled her "police powers" and sent her to call back to answer phones.That is what would be done to the average cop with no "clout." She should have turned in her star, Id and FOID and firearms until this is settled by the criminal court.

But let's not forget that this over promoted nut job made at least one Meritorious Promotion, maybe more, under Hillard's watch.

Just hope that Penny doesn't hurt the child or someone else, especially with a firearm, while Hillard and the rest of the Gold Stars drag their feet because the Rules and Regulations of the CPD never apply to the Gold Stars on the CPD.

If you are looking for "Truth, Justice and Fairness" never look to the CPD.

Sir,
Your synopsis regarding the social experimentation to "right" historical "wrongs" and bring ethnic balance to public service careers is spot on. The next generation will continue to see the toxic results of well intentioned yet misguided intentions. Aquinas' maxim "Justice without mercy is cruel. Mercy without justice is a waste" applies to current the state of affairs in the CPD. We would be wise to brace ourselves for worse to come.
(Note to author; a proof of some sentences towards the end of your blog should be executed. i.e. "The current culture of the CPD must return to just and discipline..."
What? C minus)