Obama was supposed to reduce not expand the Wars of George W. Bush 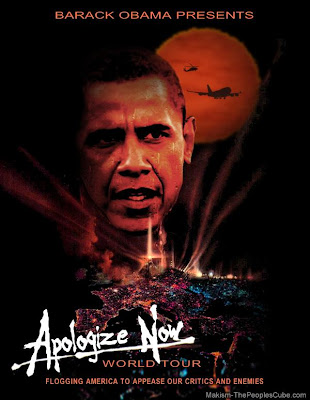 When I ask Barack Obama's supporters if they’re still happy with their choice they all say how much better he was than George Bush. I guess they did not know that Bush was not up for re-election and they had other choices both in a primary and general election. Obama’s supporters are really not that smart anyway so it’s understandable.

We sent our children to fight in Afghanistan then again in Iraq. I saw little value in either war that has cost hundreds of billions and sent too many of our kids, home in rubber bags. I was never a fan of either George Bush.

Obama was billed as being a candidate that would get us out of these dubious wars. Obama was the one who’d lead us to peace and peaceful coexistence with the entire world. They even gave this jerk the Nobel Peace Prize he never earned!

As hard as I try I cannot think of an excuse for Obama to involve us in Libya’s revolution. There are no good guys on either side of this war so why are we involved at all?

Obama was and is a total fraud. He has slapped the faces and humiliated those fools that elected him. Obama has done all he could to destroy the economy and bankrupt America and hard working Americans. The only answer this Communist traitor has is to print more money and enslave a nation to an insurmountable debt.

Mr Hubel your racist hateful rant should get you along term in prison. You are undermining the war effort of our president.

Paul admits he did not think much of George W. Bush's presidency either.

Nor did I. Where are some new good leaders?

I agree with Paul. I didn't think much of Bush. In fact, I'm embarrassed to admit I voted for Bush twice! Worst president ever, until Obama took the crown.

By the way, we're not trying to bring democracy to any of these countries. We're colonizing them.

"Mr Hubel your racist hateful rant should get you along term in prison. You are undermining the war effort of our president."

Oh please, give me a break with your racist garbage. According to your kind (libtards), no one can say anything bad about Obama without being a racist. Face the facts, the guy is a walking disaster for our country and we'll be lucky to survive his term.