Things I Learned From the Geneva Human Rights Film Festival 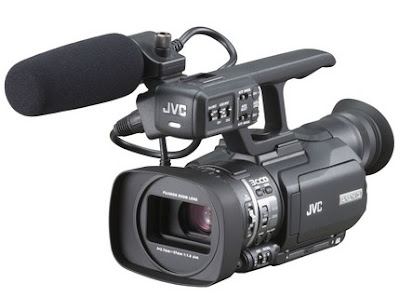 Geneva, Switzerland—-It was indeed a thrill to be invited to attend this event where a documentary film I worked on was being premiered. It was my second visit here in little more than a year.

Geneva is a Swiss city that does the impossible job of sounding the alarm when governments violate basic human rights. The film festival delivered 45 films that show the darkest side of criminal political regimes in the world.

Reporters, producers and photographers risk their lives in order to expose kidnapping, robbery, rape and murders committed by governments and their agents. One undeniable fact emerges from this event, governments are prolific serial killers.

There is no shortage of criminals with big smiles, firm handshakes and convincing oratory that prey upon every nation’s citizenry. They lust after the unlimited wealth, power and rock star status as a government ruler. For the most part these people are pretenders, wolves in sheep’s clothing. Once in power they will torture and kill to maintain that power.

The film makers too often are a naive lot. They want to expose a ruthless despot's violation of human rights as they urgently support rebel groups trying to overthrow these regimes.

The best example of this was the Cuban Revolution more than 50 years ago. Fulgencio Batista was a dictator in this mafia infested playground for wealthy Americans. Batista was a typical ruler found in the Banana Republics of Latin America. He lived lavishly in a poor country where anyone who dared criticize or challenge his authority was jailed or even murdered.

Fidel Castro and his pal Che Guevara set their sights on his power, wealth and status billing themselves as, “freedom fighters.” The world’s media organizations portrayed these fellows as romantic and dedicated heroes that would bring freedom and human rights to this troubled paradise.

Castro was able to overthrow Batista, replacing him and his government with something far worse. The deadly purges that followed became just another Socialist nightmare gone wrong. Castro has ruled this bankrupt nation with an iron fist as he stole whatever he wanted in the nation’s treasury. Socialist dictators like Castro always somehow manage because of their talent to fill the tax coffers through extortionate methods that go back further than Nero’s.

The film makers that specialize in human rights documentaries are always scrambling for funds to facilitate their work. Often these funds come from sources as evil as the people they seek to expose. Human rights film makers must fight the efforts of revolutionaries seeking to turn them into propaganda machines. It’s not easy.

The film makers I met in Geneva have exposed one despot after another. They will never run out of work because there is no shortage of fresh mass graves that can be dug up and investigated around the world.

I suspect without the watchful eye of Geneva we’d be in a more dangerous world.

The proliferation of cheap cameras and computers to edit video has become a powerful tool to expose criminal conduct by government everywhere. That, as more laws are being made to restrict their use accordingly. Governments seek a sort of one way street where they can photograph us as they forbid us the ability to photograph them. That’s no coincidence.

This is not the first staged hearing or incident of Judicial corruption there...!!

Roman Polanski should ring a bell. Judicial and prosecutorial corruption in his case also at the same courthouse 20 years earlier which has dragged on to this day.